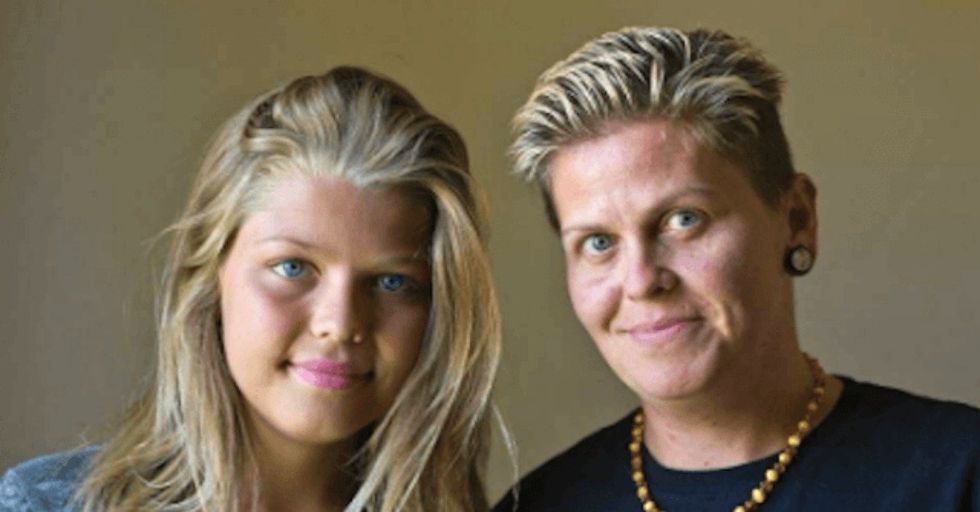 When a child comes out as transgender to their parents, there can be a lot of uncertainty about their reaction.

But when fifteen-year-old Corey Maison was eleven and came out to her family as transgender and began socially transitioning to female, she probably had no idea how much her decision would positively impact her family.

In an interview with Australia's 60 Minutes, the teen said she was initially scared to tell her family.

"I wanted to make my parents proud of who I am, but I thought that they would not like me," she said.

Not only were they supportive, but three years later the teen's mother, inspired by her daughter's transition, told the family that he is transgender and would be transitioning from Erica to Eric.

Eric told 60 Minutes that he "hated being pregnant" and that he "used to wish for cancer so I would have to get a mastectomy."

But his daughter's transition inspired him to come to terms with who he is, and that since undergoing a double mastectomy, he is more comfortable in his body than he's ever been.

What does Eric's husband think about everything?

"I fell in love with the person," he told 60 Minutes. "She was beautiful as a woman, but equally beautiful on the inside. As long as Eric is happy with the appearance, Eric will be happy with what’s in her brain — or his brain." "I have five beautiful children, I have an amazing husband and an amazing life," Eric added. "My life’s pretty good now. It’s awesome."

Shiloh Jolie-Pitt Has Changed Her Name and Completely Reinvented Herself

Gabby Petito’s Body Believed to Be Found after Going Missing