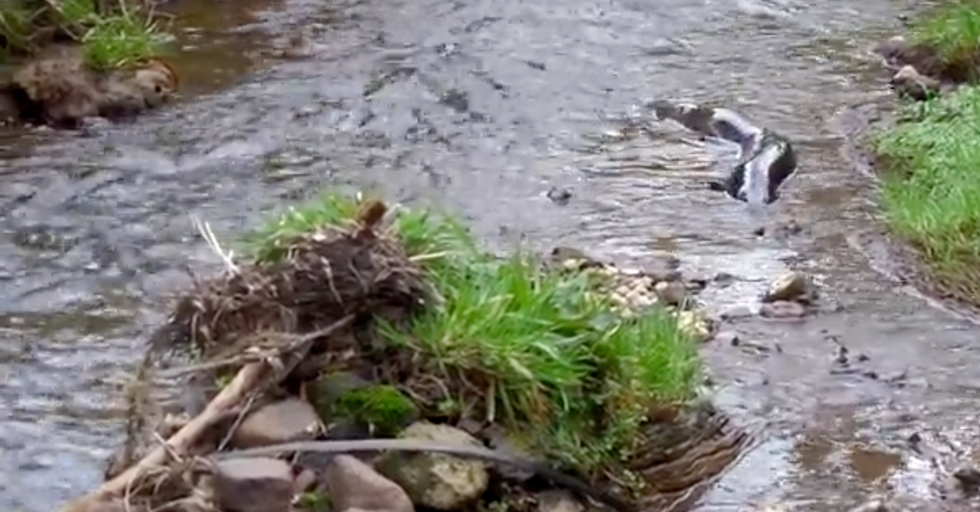 Eels. Why are they a thing? No one knows.

Like mosquitoes, they seem to exist solely to upset us all.

Even though you may never fully be able to appreciate the breadth of J.Lo’s career, you don’t have any extra images in your head to flesh out this one.

We can’t think of anything we’d like to see coming towards us less.

Seriously, give us a shark fin. We know sharks. And we know how to fight them. Theoretically.

Some say a shark will stop attacking you if you punch it in the face.

Which means sharks are at least driven by a logic we can all understand. Who among us would not stop attacking someone who punched us right in the face?

But an eel? These are slippery critters.

And their faces are small...maybe even too small to punch. So that option is completely out.

And who knows what they want?

To eat you? Electrocute you? Cover you in goop? Steal your identity and rack up a bunch of credit card debt?

We don't know why they're here or what they want, but eels are here to stay.

They’re here and they’re slithering. Slithering is never good. Nothing good happens at the end of a slither. Things only ever slither when they’re about to harm or trick you in some way.

For instance, perhaps this gigantic eel swimming upstream is the minion of a sea witch. A sea witch bent on manipulating you into giving you her voice in exchange for legs. If you already have legs, maybe she'll give you, like, some wings or something.

It’s hard to say with eels.

Some people eat eels. Maybe that helps them feel in charge when they see an eel out on the street.

But you’re never in charge. Not when it comes to eels.

If you look in his face,  you can see he knows you’d eat him. Yikes.

And all that tells him is that if he can manage it, he's allowed to eat you first.

You see, this is how eels think. Trust us on this. We've looked at a lot of pictures of eels today. We get them now. There is one good thing about eels...

The only good thing we can say about eels is that they aren’t spiders.