This Girl Came Up With the ULTIMATE Revenge Against Her Cheap, Cheating Boyfriend | 22 Words 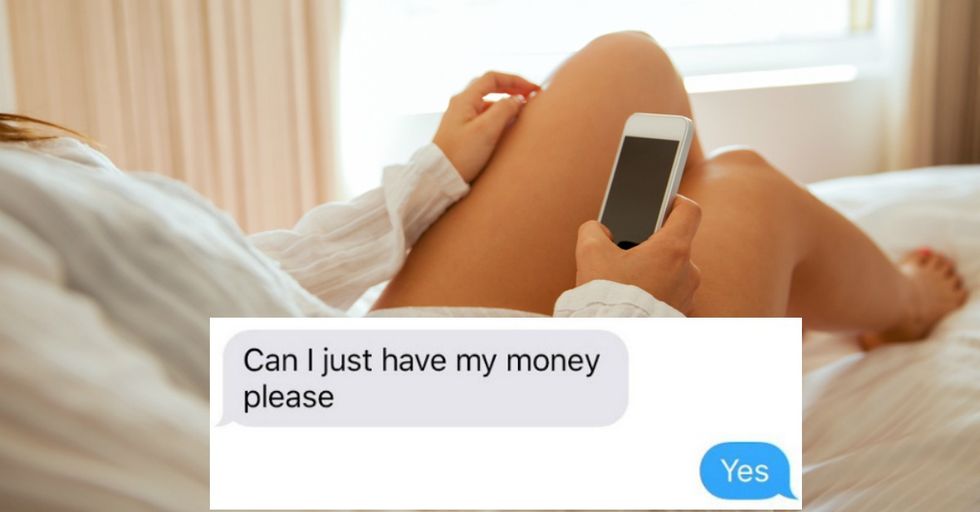 This Girl Came Up With the ULTIMATE Revenge Against Her Cheap, Cheating Boyfriend

A young woman named Harriet from Cheshire, UK, recently broke up with a big cheater named Dan, yet he insisted on being repaid for a ticket to a recent Justin Bieber concert they'd attended together.

Instead of just completely ignoring him, like most people would do, she decided to enact the perfect plan of slow, torturous revenge.

She decided to pay him back in full, but at her own speed, and even included a special message to remind him what a jerk he is.

At this rate, it will take about 17 years for Dan to be fully repaid. That will be plenty of time for him to regret cheating on her, asking her to pay him back, and most egregiously, going to see Justin Bieber in concert.