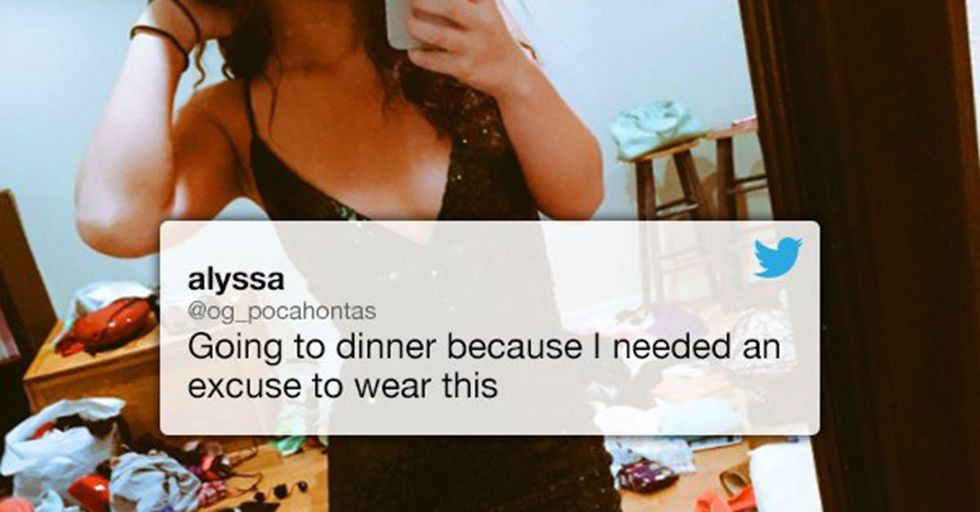 This Girl Posted a Sexy Selfie On Twitter, But the Internet Noticed Something Troubling Going On...

Pretty much everyone on the Internet has been exposed to the epidemic of so-called "sexy" selfies taken in very messy or dirty bedrooms. But this girl's shared pic takes things to a new level.

And as people really took the background apart, they noticed some really weird stuff going on.

Take a look and see if you can find anything that no one else has yet!

This room is definitely on the "filthy" side of messy, and it's a little strange that she wouldn't have thought better of posting this pic or...

We've all been there before girl, but you gotta know when to not post that selfie.

A quick glance through her history shows that this is not an isolated incident either. Oh boy... Twitter is gonna have a field day with this.

Since this is Twitter we're talking about, people were quick to respond to the "sexy" pic.

Then they started picking apart the stuff strewn around her room. It got weird.

Floor marshmallows, anyone? It gets weirder too, just wait...

Sure, having a change cup or a change jar isn't weird.

@themeowsterz @DannySaltyani @og_pocahontas yoooo u going to McDonalds with that bag o nickels?? Omfg this pic is a… https://t.co/mBvR7tjGFB
— Fransisco (@Fransisco)1483764961.0

But a change bag? A little weird.

Not as weird as keeping a waffle maker in your room though!

This is like a game of I Spy gone completely wrong.

Some people decided it was easier to Photoshop a new bedroom than deal with her real one.

She had to have expected this type of reaction, which, fortunately didn't get too mean.

Well, for the most part at least.

But that didn't keep people from having some fun with it.

Until they spotted something truly odd...

Okay. So people found a rat living in her room.

How could they be sure though?

Yup. That's a rat. Living in her bedroom.

I guess it's the one eating those marshmallows on the floor. Gross.

But they shouldn't feel too bad. After all, he has those floor marshmallows and even that bag of nickels if he wants to go out and buy something.

Let this be a lesson.

If you don't keep your room clean for your own sake, do it to avoid shame on the Internet.