This Girl Used Instagram To Make an INCREDIBLE Transformation | 22 Words 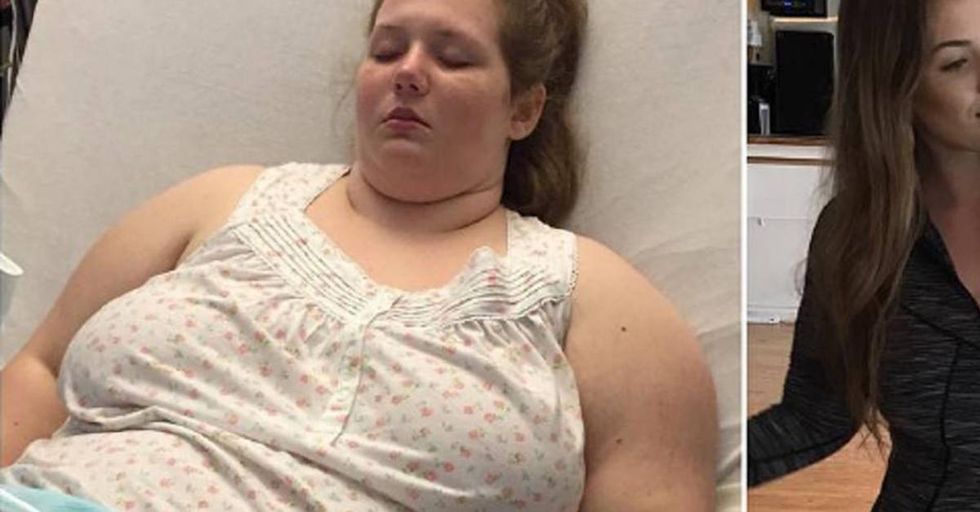 This Girl Used Instagram To Make an INCREDIBLE Transformation

After deciding to document her journey on Instagram, her jaw dropping results have made her famous.

Morgan Bartley was just 17 years old when she hit 300 pounds.

Though she told PEOPLE “I was overweight as young as I can remember," her weight began to spiral out of control following a number of health issues.

Morgan lost an ovary at the age of 12, and had to have another major surgery by the time she was 14.

The health issues caused her to begin experiencing menopause in her early teens, and when she found out that she might never be able to have children, it sent her into a depression.

Morgan developed a binge-eating disorder that caused her to gain 70 pounds in just one year.

“Life has been hard, it was all things I couldn’t control." Morgan told PEOPLE. Though Bartley had been trying numerous diets since she was 10, she decided to try something new and opened her experiences up to her Instagram followers.

Bartley found motivation in the support she received online, and also accountability.

“If everyone knew I was trying to lose weight, I’d feel accountable," she said. She started a new high-protein diet and hired a trainer. Losing 25 pounds before electing to have surgery to reduce the size of her stomach in 2015.

Though it was a lot of hard work, Morgan refused to give up.

As she told the magazine, “I realized, ‘There’s so many things that I want to do in my life, and I’ll be damned if my weight is the thing that prevents me.'" But her journey wasn’t without controversy.

In March of this year, someone reported the below photo on Morgan’s page, and Instagram deleted it.

However, she fought the decision and the post was restored, as she refused to let the negativity of others derail her journey.

Morgan has also undergone a procedure to remove the excess skin that resulted from her weight loss.

And once she reaches 145 pounds, her goal weight, she hopes to undergo a full body lift to complete her breathtaking transformation.

Bartley has become a certified personal trainer, and changed her major to business in the hopes of capitalizing on her new found fame.

Morgan is now hoping to someday start a family, and inspire others to change their own lives.

She’s planning to use her degree to start a business that will help others lose weight. And based on these results, she should have no trouble finding eager customers.