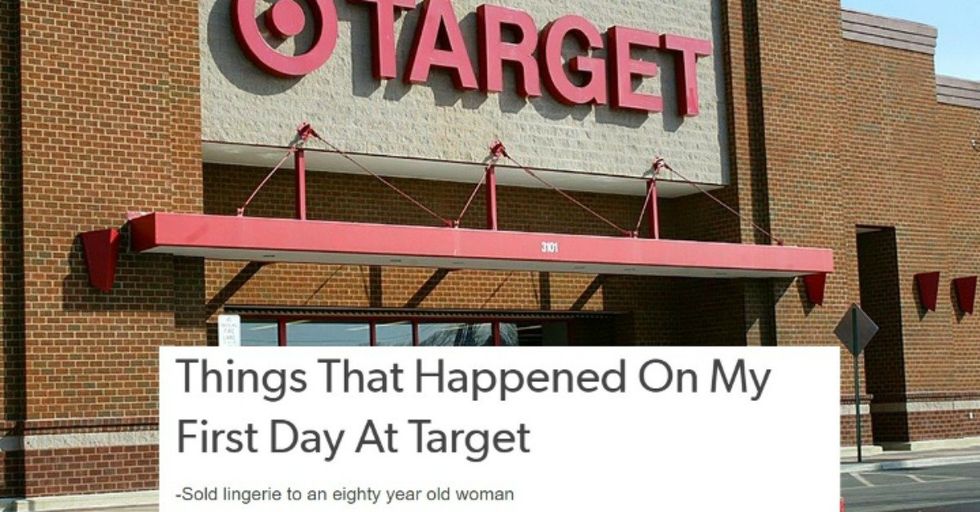 If you've ever worked in retail, you know that it's prime real estate for dealing with "interesting" people, as Tumblr user kimpossibooty recently found out when he started a new job at Target.

He's working as a cashier, and after a few unusual encounters — from an old woman who he thought had an impressive mustache (but it was just nose hair) to considerations of changing into a princess outfit — he decided to document his week on Tumblr.