This Guy Just Won 'Jeopardy!' with the Smallest Amount of Money in over 20 Years | 22 Words 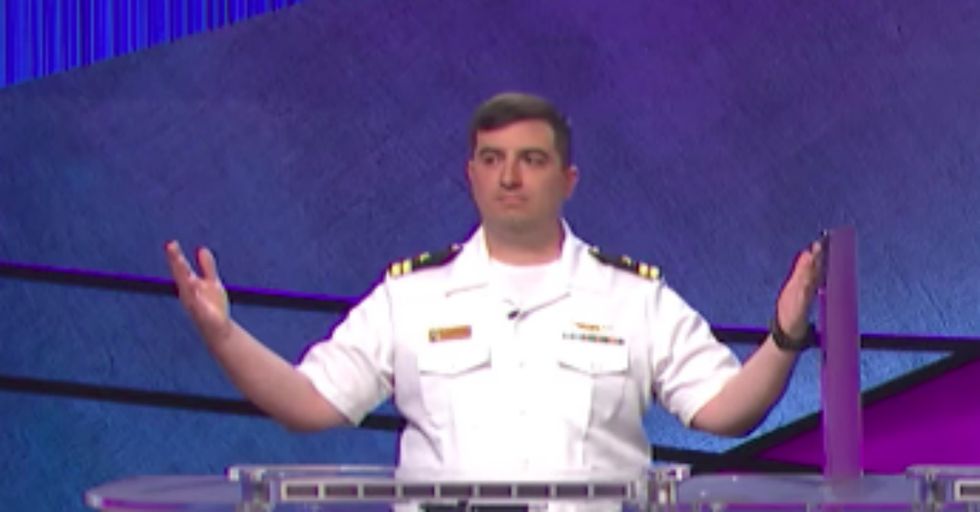 This Guy Just Won 'Jeopardy!' with the Smallest Amount of Money in over 20 Years

Ever since it first came on the scene in 1964, Jeopardy! has captured the hearts of grandparents and nerds everywhere. If you were to take a walk around your neighborhood on any given weeknight, you could easily identify the Jeopardy! fans. They're the ones yelling at their television sets:

"What is the Panama Canal?"

If you were taking that walk on Tuesday night, you would have heard something more along the lines of:

On Tuesday night, he entered the Jeopardy! arena as a 2-day champion. However, by the Final Jeopardy round, things weren't looking good for Abell. He had only $1,000. He wagered $999 on Final Jeopardy and got the answer incorrect, leaving him with one measly dollar. ONE DOLLAR!

But then, something pretty miraculous happened:

Each of Abell's opponents had also wagered all their cash...and they also got the question incorrect. That meant that Abell was the winner — with only $1 on the board.

Everyone was pretty downright flabbergasted.

One dollar?! What do you think Abell is going to do with Tuesday night's winning? Buy one half of a candy bar?

Several people have won the game by a margin of one dollar in the past, but winning with only a dollar is much rarer. In fact, both of Abell's opponents ended up with more one-day winnings at the end of the night, as the losers get to take home $2,000 and $1,000 as consolation prizes.

Abell became a 3-day champion and went on to compete Wednesday night, as well. He might not have won a lot of money on Tuesday, but he earned the right to tell one of the greatest Jeopardy! stories of all time.