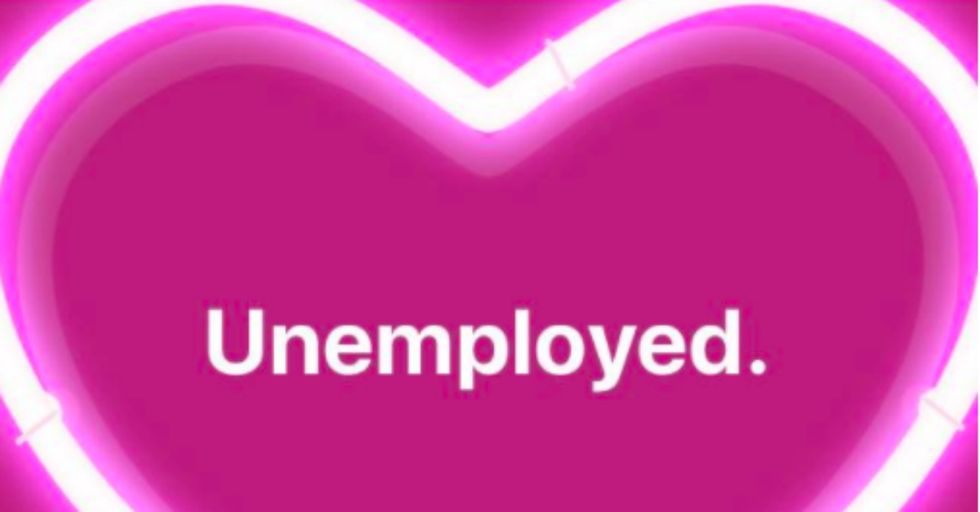 Nowadays, kids are born straight out of the womb knowing how to operate an iPhone. If a toddler doesn't know how to find the perfect selfie lighting, they're the weird ones.

But there's something truly special about older generations and technology. Whether it's your aunt, mom, dad, great uncle, or grandpa, there's nothing more amusing than watching them try to figure out the gadgets we're so obsessed with.

The user stated that they set up their stepdad's iPhone for email, and then got this letter in the mail a week later. Kind of defeats the purpose email on your phone to begin with, but it's so unintentionally funny.

Of course, this is not an isolated event when it comes to older folks hilariously dealing with technology.

Take, for instance, this riveting review of a book on Amazon. If you weren't aware, Ruth thought it was a really good book.

You know when you have to announce your new employment status to the entire world — in a heart?

The best is when someone has to reiterate the state of their used jeans, over and over.

If you weren't aware, the jeans are "in good shape." My guess is that they're in really good shape.

The best is when they post something with clear, but unintentional, innuendo.

But it totally comes across that way. And you know the minute you point it out to them, they'll blush for days. The things some people post online...

You can't beat this classic "first text ever sent" either.

This one is a bit hard to decipher. Did this aunt mean to just send a single capital "Q"? Is it a secret code that we should all be able to understand? Who can say.

This one is almost too good to actually exist.

The user who uploaded said that his grandpa just wanted to join Facebook. Guess what Grandpa — your dreams just came true! You're on it!

This woman was just trying to meet up to buy a computer monitor.

But she was really, really stressed about potentially wasting gasoline. She also didn't seem to understand why posting an address on the internet could potentially cause problems.

Sometimes the internet and Facebook takes them by surprise.

And then they have a meltdown and don't understand how to handle it. We can only hope that someone kindly explained to them what was going on.

But really, the only use for a Facebook status is to review fast food restaurants.

It's important to use the adjectives "juicy" and "fresh" as much as possible when it comes to Facebook statuses. Honestly, maybe the older generations are just doing it right and we've been doing it wrong this whole time.