This Guy’s Belly Looks Exactly like Woody Harrelson. You Won’t Be Able to Unsee It | 22 Words 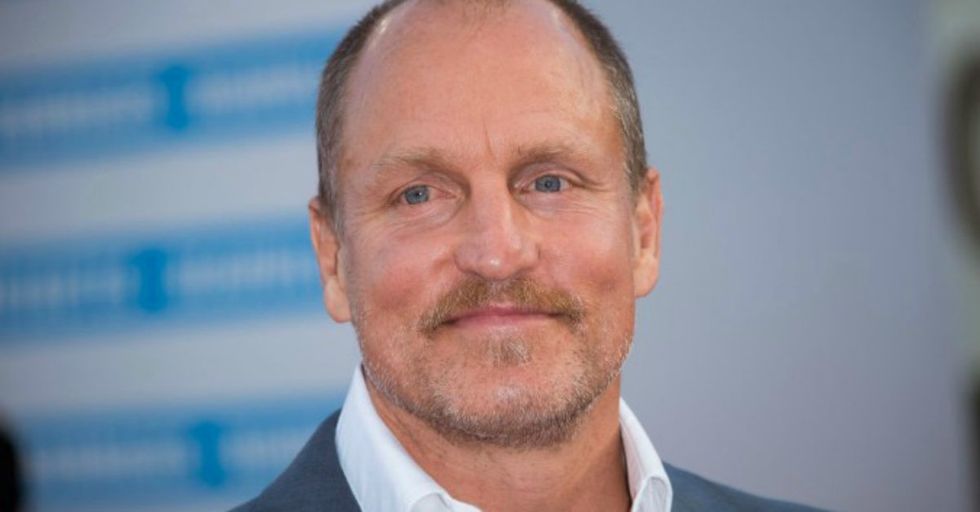 This Guy’s Belly Looks Exactly like Woody Harrelson. You Won’t Be Able to Unsee It

People have seen Jesus in sonograms.

The Virgin Mary in a grilled cheese sandwich.

And now? The most wonderful miracle of all has occurred. The Great Woody Harrelson has been found in the most unlikely of places. People are, as they say, shook.

This is Woody Harrelson.

He's a beloved Hollywood actor who has performed in some of the greatest films of all time, including No Country for Old Men, The Hunger Games, and Now You See Me 2.

This is a belly.

Also known as a "tummy," it's the front part of a human torso that typically contains the stomach and intestines.

This is Woody Harrelson.

(On the left. The person on the right is Daniel Radcliffe. He has nothing to do with this story.) Woody Harrelson (in the hat) was born on July 23, 1961. He is a two-time Academy Award nominee who grew up in Midland, Texas.

This is a belly.

If you look closely, you might notice the shape is slightly rotund and a tad fleshy. If you were to slap it, you might get a nice THWAP effect.

And this? This is Woody Harrelson.

Take a close look at Mr. Harrelson's profile, especially. If you were to slap it, you would probably make him mad. OK. You've made it this far. You've learned a lot, both about bellies and about the cherished Hollywood actor named Woody Harrelson. We're about to flip the script on you...

This is a belly. That LOOKS LIKE WOODY HARRELSON.

As the astute Twitter user @sagemyster has so accurately pointed out, this man's belly looks an awful lot like Woody Harrelson.

Don't see it? Let's zoom in on that bad boy.

Look at that photo of the belly. Now look at this picture of Woody Harrelson.

Can you tell the difference? Are you sure? Look very closely.

Ever since @sagemyster pointed out the similarities, Twitter has been having itself a regular field day.

No one can look away. This is how religions are started, people!

Some people have pretended to be annoyed by the observation.

But secretly, they know why it's a thing. We all do. It's always been a thing. Even Woody Harrelson himself has responded to the Midsection Miracle...

He posted on Instagram that he couldn't help but laugh at the picture.

At least, we're pretty sure it was Woody Harrelson posting. It could also be a belly masquerading on Instagram as the highly esteemed star of True Detective.

This is our personal favorite response to the original tweet.

There is only one thing to be said about this work of art. It is perfect.

No, seriously. We're not sure we can tell the difference anymore.