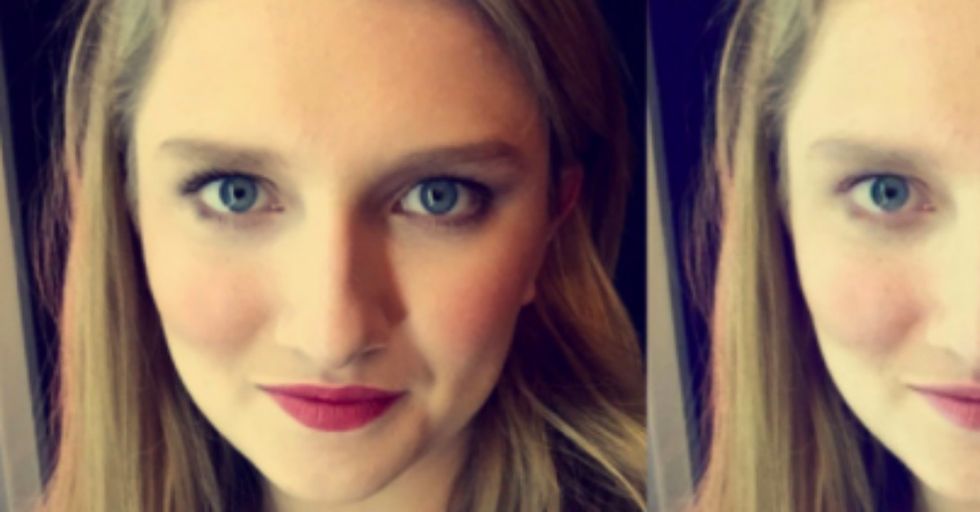 OK, now let's talk about the man who created an app that takes photos of women wearing makeup and shows you what they would look like if they weren't. Fuming yet? Yeah, we're with you.

Those Russians are just killing it these days, huh? The app allows you to "un-makeup" five photos for free before you have to pay $0.99 for the opportunity to continue reducing women to what their faces look like. According to New York Magazine, there are also filters that allow you to add makeup, but it doesn't work very well.

Obviously, Twitter had some thoughts about MakeApp, the first being that this couldn't possibly actually be real.

Oh, but it is! You thought the objectification and sexualization of women were bad enough? How little you know of the world in which we live.

It might surprise you, but the point of the app was lost on many people — most of whom are women.

The answer to all these questions: Yes! Unequivocally yes! There is no way that the intended function of the app that shows you what women look like without makeup is anything other than, "Don't let this woman's lipstick lie to you. Don't be fooled by the gremlin under the eyeshadow. Women will fool you with blush every chance they get!"

Writer Eve Peyser tried the app herself. And the results?

I seldom wear makeup so the no makeup photo app just shows me what i look like if i removed a layer of skin https://t.co/wPIbeodZez
— eve peyser (@eve peyser)1510760843.0

The lesson here is obviously that women should be ready to remove their own layers of skin at a moment's notice to show that they're not tricking men into falling for them!!!

Others had concrete suggestions to make this app much better than it actually is:

That's such a good idea!! That app will me called, "No Men, Stop It!" and it will just show a screenshot of MakeApp with a big red "X" and the words, "No men! Stop it!" stamped over it.