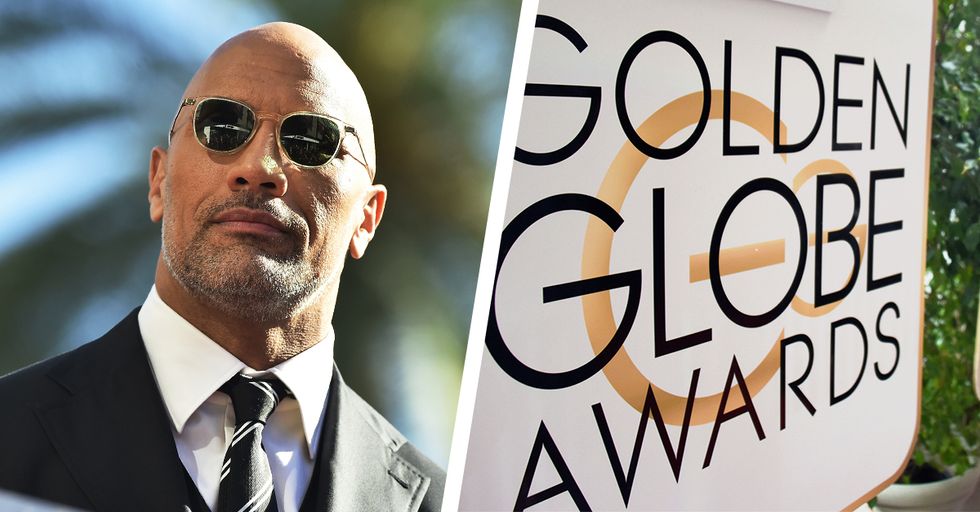 2017 has been a banner year for speaking out against sexual assault.

In early October, reports surfaced that producer Harvey Weinstein of the eponymous Weinstein company had sexually harassed, assaulted and raped over 80 women, and that he'd further kept his victims from speaking out by hiring actual Israeli spies to gaslight and intimidate them. Within days, numerous other accusations against other prominent men came gushing out.

There was Kevin Spacey, Matt Lauer, James Toback, Roy Moore, Louis C.K., Mario Batali – and the list went on and on and on. Across industries, a major upheaval was taking place. Women and men were finally speaking out, and they were using varied means to do so.
There was the MeToo hashtag, and MeAtFourteen. There were the protests, the pussy hats, the heartrending exposes in the New York Times, the Los Angeles Times, and the Hollywood Reporter.
And then, in November came the news reports that prominent actresses were planning on dressing in black to the Golden Globes as a silent protest. This was not an altogether unexpected move. Observers had been looking to Hollywood to see how actresses would handle the scandals going into awards season.
After all, they were the ones most affected by the scandal. Of Harvey Weinstein's 84 victims, most were actresses or aspiring actresses, and more than a handful were big names, including Rose McGowan, Gwyneth Paltrow, Heather Graham, Rosanna Arquette, Salma Hayek, etc.
While many lauded the protest, many more decried it as a meritless gesture that would bring about no real change. In fact, Rose McGowan, Weinstein's most vocal accuser lambasted actresses in a now-deleted tweet stating, "YOUR SILENCE is THE problem. You’ll accept a fake award breathlessly & affect no real change. I despise your hypocrisy. Maybe you should all wear Marchesa." Now, another group of Hollywood insiders is getting into the protest game - Hollywood men.

In December, celebrity stylist Ilaria Urbinanti, whose clients include Dwayne Johnson, Tom Hiddleston, and Armie Hammer took to instagram to address the constant question she'd been getting since the actresses' protest was revealed.
Urbinanti stated,

Because everyone keeps asking me… YES, the men WILL be standing in solidarity with women on this wearing-all-black movement to protest against gender inequality at this year’s Golden Globes. At least ALL MY GUYS will be.

This question was no doubt asked because Hollywood men have not been the most supportive allies in the fight against sexual assault. In fact, many have grandly failed in their efforts to respond properly to the emerging revelations, using the old "as a father of daughters" schtick to absolve themselves of any culpability.
Even worse, others have been complicit or outright abusers themselves, as is famously the case of Brett Ratner, who served as a pander to older abusers like Russell Simmons and James Toback, or  Ben Affleck, who protected his younger brother, accused sexual harasser, Tobey Affleck, while engaging in a little light groping of his own.

This is not to say, however, that all Hollywood men have failed as allies. A few, most notably Terry Crews, have confronted epidemic head on and, furthermore, revealed how they have also suffered from Hollywood's misogynistic dynamic.
Others, like Anthony Bourdain, boyfriend of key Weinstein accuser Asia Argentino, have begun doing the difficult work of examining their complicity in the ingrained structural misogyny that plagues their industries.
A few men have already confirmed the black protest, chief among them, everyone's favorite actor, Dwayne Johnson, who replied, "yes we will," in the comments section.
While this is great and all, we can't help but feel that this is more lip service than anything. Men tend to wear black on the red carpet anyway, so this is basically more of the same. If they were really serious, there are so many other ways they could protest, starting with believing women to begin with.

This is a weak statement...they could have at least made a better one by wearing a color that pops more like red or… https://t.co/FoaruPNK4l
— I LOVE JATAVIA (@I LOVE JATAVIA)1514579766.0

That said, it's great the guys are wearing black, but as Urbinanti notes, "This may not be the right time to choose to be the odd man out here… just sayin…"

I need interviewers on Golden Globes red carpet to ask actors "Are you wearing black as a protest or because of the dress code?"