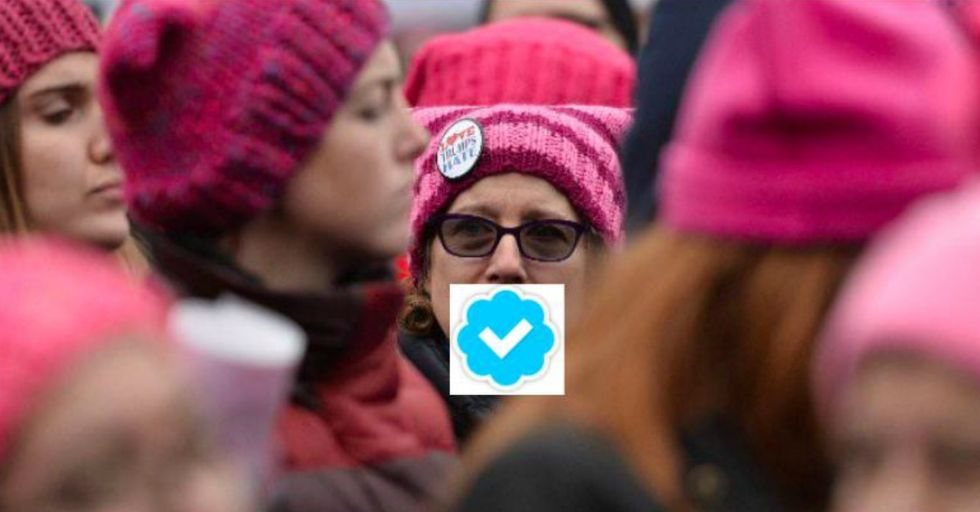 On the Tuesday of May 31, 2016, 16-year-old high school student Shemel Mercurius was babysitting her cousin when a man entered her family's Brooklyn apartment and shot her three times with a submachine gun. As she died, Mercurius identified her killer as 25-year-old Taariq Stephens and explained that Stephens had wanted to be her boyfriend, but she hadn't been interested.

A gunman entered the East Flatbush apartment complex of #ShemelMercurius and gunned her down with a machine gun… https://t.co/T0eySPSwMV
— Black Girl Tragic (@Black Girl Tragic)1513200940.0

Mercurius' death is a tragic example of the oft-repeated, apocryphal quote from Margaret Atwood – "Men are afraid that women will laugh at them. Women are afraid that men will kill them."
In recent months, this quote has taken on even more relevance with the emergence of the Harvey Weinstein scandal and the other scandals that followed in its wake. As we have learned from revelation after revelation, men across different industries and walks of life have been victimizing the women in their lives.

Harvey Weinstein denies that he blacklisted @AshleyJudd and @MiraSorvino from 'Lord of the Rings'… https://t.co/zfXNcNeYEv
— Variety (@Variety)1513362160.0

To most women, these revelations aren't necessarily new. Every woman has a base understanding of the danger that the male monolith presents, and the world often blames women for these dangers by inundating them with such aphorisms as, "boys will be boys" and, "don't dress like a slut."
Now we see that, while not all men are predators, the ones that are have carefully created structures to protect them from the repercussions of their criminal behavior. For years, people have whispered words like "conspiracy", "cabal", and "illuminati", but now we're seeing that these terms have a certain truth in reference to the vast networks of predatory men that gaslight others into becoming complicit in their criminal behavior.
In the wake of these varied scandals, women have been speaking out on social media. Hashtags like #MeToo have spread on Twitter and Facebook, and women are becoming more willing to share their stories of unsavory and sometimes even dire interactions with men. They have also been posting things like "men are the worst." This, as it turns out, is a bridge too far for certain social media sites.

Marcia Belsky, a standup comedian and podcaster, spoke up about this worrying phenomenon via her Twitter page. Belsky was suspended from Facebook for writing "men are scum" underneath a friend’s post about her sexual assault. Another of her friends was banned from Facebook for calling men "trash."

"FB is looking at the moment we’re living in & has made a conscious decision to censor women’s anger in order to prioritize and protect the feelings of men," Belsky wrote.

So, this is what @facebook is sending women now whose posts saying things like “men are the worst” they remove. F… https://t.co/SQMaOzXCiw
— Marcia Belsky (@Marcia Belsky)1513268617.0

Another comedian, Kayla Avery started facebookjailed.com, which "collects people’s stories of being banned while also exposing legitimate hate speech that is allowed to continue on the platform." Avery's website found that — although Facebook purports to protect all people from being attacked because of their race, gender or sexuality — users posting threats of "lynching, personal attacks on women, and 'women are scum' have all escaped being banned."
In response to this and other stories, Facebook responded, "we understand how important it is for victims of harassment to be able to share their stories and for people to express anger and opinions about harassment – we allow those discussions on Facebook. We draw the line when people attack others simply on the basis of their gender."
However, this feels very much like lip service especially considering Facebook's work force is overwhelmingly made of white males — not to mention the fact that Facebook counts white men as a "protected class" or the fact that its censorship rules value them over black children.
Considering these facts, it's no real surprise that Facebook continues to value white men over everyone else. But Facebook is not the only social media site to do so. Twitter is guilty of this double standard as well.
Take the case of comedian Leslie Jones, whose timeline was inundated with racist and sexist tweets when her involvement with the female Ghostbusters remake was announced. Notorious neo-nazi Milo Yiannopoulis encouraged his gaggle of followers to flood Jones' timeline and to tweet racist abuse at others using a fake Twitter account disguised to look as Jones'.

Jones asked Twitter for help to no avail, so she removed herself from the platform. Only when fans launched the hashtag #LoveForLeslieJ  — with support from a number of celebrities including Paul Feig, Elizabeth Banks, and James Corden — did Twitter ban Yiannopoulis.

We rely on people to report this type of behavior to us, but we are continuing to invest heavily in improving our tools and enforcement systems to prevent this kind of abuse. We realize we still have a lot of work in front of us before Twitter is where it should be on how we handle these issues.

In the years since, Twitter has de-verified white supremacists and seems to be making a concerted effort to be more accountable to people of all ethnicities, sexes and orientations, which is amazing. Now, if only other social media sites would do the same.