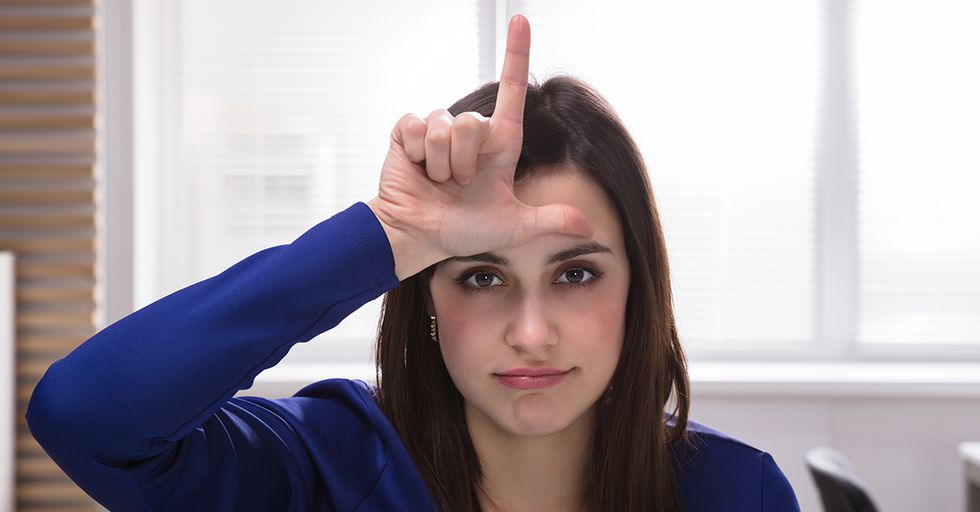 This Is How We Reacted in the Time Before Reaction GIFs

Sometimes, emojis just don't cut it. We need a moving picture to fully describe how we feel, something that can entirely encapsulate our emotions, without words. GIFs have done just that, and sometimes they go above and beyond accomplishing modern communication methods. They are almost guaranteed to better explain your feelings while texting or tweeting. They always just get the job done, with accuracy and most importantly, top-notch humor.

Can you imagine a world without GIFs? I know my life would have a lot less meaning, and I would constantly feel misunderstood. Considering I can hold an entire conversation with GIFs and GIFs alone, I know the importance of a good moving photo. But how did we communicate pre-GIF? Or, as I like to call it, B.G. (before GIF)?

Thankfully, someone tweeted this profound thought and everyone shared what life was like before we had the beautiful GIFs to do our bidding and man is it nostalgic. Let's just say, we are forever grateful for GIFs.

First of all, let's talk pronunciation.

Before we get into a full-on history lesson about GIFs, let's make sure we're all saying it right.

It's a long-standing debate.

Is it pronounced with a J sound, like "JIFFY" peanut butter? Or hard G, as in "gift"?

It is pronounced, embracing the "G" as in "guy" or "gum." Say it out loud, it just feels right.

Dictionary.com really thought they had something to say, but people were quick to shut it down.

Good old GIPHY made a response.

The ever-beloved website giphy.com spoke up and brought some justice to this conversation, once and for all.

There's a website for it and everything. Seriously, it's called howtoreallypronouncegif.com. It's pretty legit.

It wasn't easy out there in the real world to tell people how you felt. Weird gestures just had to be enough to make you feel misunderstood and sometimes get a good laugh from your friends.

It was all about reacting IRL.

I know, it's hard to imagine, but it's true. People basically acted out what we call GIFs in order to communicate with their friends, not through their phones.

The tiny violin was very important.

The tiny violin was used to show fake sympathy, or "cry someone a river" because you actually didn't feel bad for them.

It was a powerful response for sure.

Just those two words meant a whole lot. It's still used today to express some sarcasm. Give it a try, it can really spice up your sass.

The slow clap had a pretty big impact as well.

It's dramatic and encouraging. Overall, a great method to get others involved in.

You don't need a bunch of words to agree with someone, and a slow clap does just that.

We all know this one.

The jerk-off motion still lives today, but B.G. was a pretty blatant, and hilarious way to show disrespect.

Talk to the hand.

A silent force not to be reckoned with, getting a hand to the face was almost an immediate shut down for whatever person was speaking to you at the time.

All you had to was toss up your hand and people knew you could not be messed with.

Holding an "L" on your forehead was a big statement. There was no greater insult to the kids on the playground. The worst part was, there was no comeback that could outdo the "L".

All the cool kids knew it.

You just had to make sure you faced the "L" the right way on your forehead or else you looked the real loser.

I can almost hear the crowd of girls chanting, "Don't make me snap my fingers in a Z formation!" It was a symbol of authority and sass, a deathly combination.

So much attitude, it can't be topped.

Not many people could execute the Z formation snap. But, if done correctly, harnessed so much sass that even a GIF can't really do it justice.

Annoyed by what someone is saying? Hold up that "W" for "whatever" and they knew that you were not in the mood for chatting. Add an eye roll and it was game over.

We get it, you're sassy!

The "W" was girly, sassy, and slightly passive-aggressive. Which is why so it was so loved.

Or the killer combination.

"Whatever major loser" took some serious practice, but when performed with confidence and poise, could be deathly for the opponent.

Another choice is just pure regret.

Sometimes you just weren't quick enough to respond so you just had to wallow in regret for years.

I can't tell if this person is living in the future or the past. Whatever it is, they clearly have too much time on their hands.

But also, I am very impressed.

I have a lot of respect for whoever made that handmade meme. That does take some serious dedication.

Of course, the bird.

@MsSarahGuzzardo @SerfDunlow The many variations of the bird finger was always a possibility too! https://t.co/FKxzJVSd3u
— Josh Crews (@Josh Crews)1553315810.0

We do have a middle finger emoji now, which comes in handy a lot. But before, we had to get a little creative and try to find new ways to flip-off our friends from across the room.

This one was kind of fun.

There were many variations of this B.G. motion. Just make sure your parents don't see you doing this in public!

That thing that Ross did.

Not sure if it ever got a name, but man did it catch on. People all over the world loved this motion. It was a little less aggressive than throwing up your middle finger, but still, you got your point across.

It was basically another middle finger.

Don't underestimate the influence of a '90s sitcoms.

This is a valid question.

Some kids don't know what life is like before memes or before GIFs, but there was an entirely different, maybe less exciting way to communicate besides a good GIF.

GIFs have changed our world for the better. Life before them was clearly a little rough and now we have thousands of different ways to express ourselves online. We are eternally grateful.