Keeter had one last thought. | 22 Words 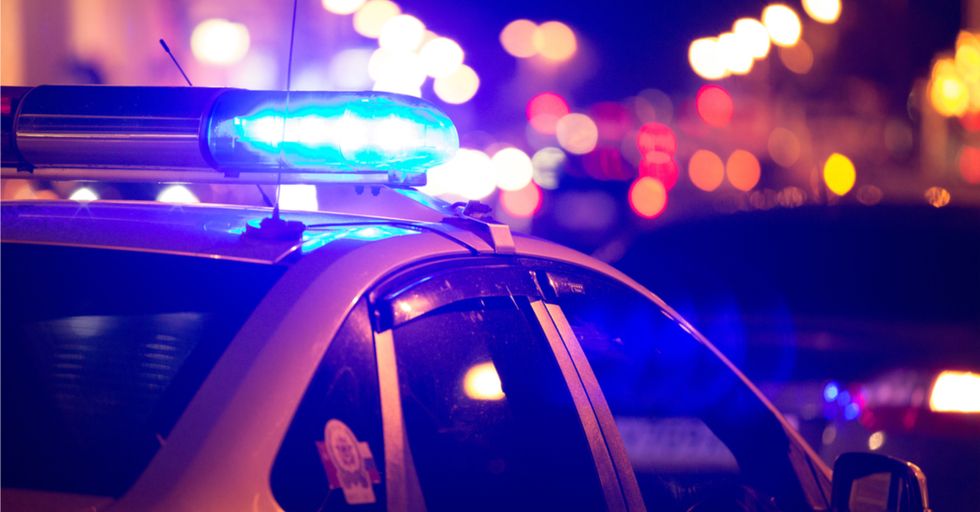 Here's a hypothetical for you. A shooting happens. It's a horrific, gut-wrenching event, and you and everyone around you are trying your best to survive. There's chaos, panic - shots fired, people screaming. It is the single most traumatic thing you've ever experienced.

What do you do?

a) Run to safety

b) Run to safety while helping others do the same

c) Grab a rifle from a nearby police cruiser

If you picked C, you actually wouldn't be alone.

On Sunday evening, a gunman opened fire on concert-goers in Las Vegas. Most people tried to run to safety or help others, but a few of the people involved tried to grab rifles from police cars. Dispatchers had to warn officers, "All units make sure your vehicles are locked. Citizens are trying to grab shotguns."

People were probably acting out of panic.

It was a horrible situation, people fleeing for their lives. Adrenaline was high, which meant rational thinking was compromised. There is one other explanation though...

That is NRA Executive Vice President Wayne LaPierre's theory of how to stop mass shootings, which he has peddled since the Sandy Hook Elementary shooting in 2012. While speaking at a Washington Press Event, he dropped this philosophic gem. “The only thing that stops a bad guy with a gun is a good guy with a gun... With all the money in the federal budget, can’t we afford to put a police officer in every single school?"

Of course, that wasn't what happened during the Vegas shooting. Gunman Stephen Paddock was shooting from the 32nd floor of the Mandalay Bay Resort and Casino, and even if someone had gotten a gun and shot back, “Most people with a pistol aren’t accurate or effective beyond 25 yards." This is according to Pete Blair, the executive director of the Advanced Law Enforcement Rapid Response Training (ALERRT) Center at Texas State University. In an interview with Slate, Blair further said, “If you were in the concert venue, concealed carrying, it’s not likely you could effectively respond."

In a statement posted to Twitter, Keeter stated, "We actually have members of our crew with CHL licenses [Concealed Handgun Licenses], and legal firearms on the bus. They were useless." Keeter then goes on to say, “We couldn’t touch them for fear police might think we were part of the massacre and shoot us." But that wasn't it...

Keeter had one last thought.

"A small group (or one man) laid waste to a city with dedicated, fearless police officers desperately trying to help, because of access to an insane amount of fire power. Enough is enough." Well said.