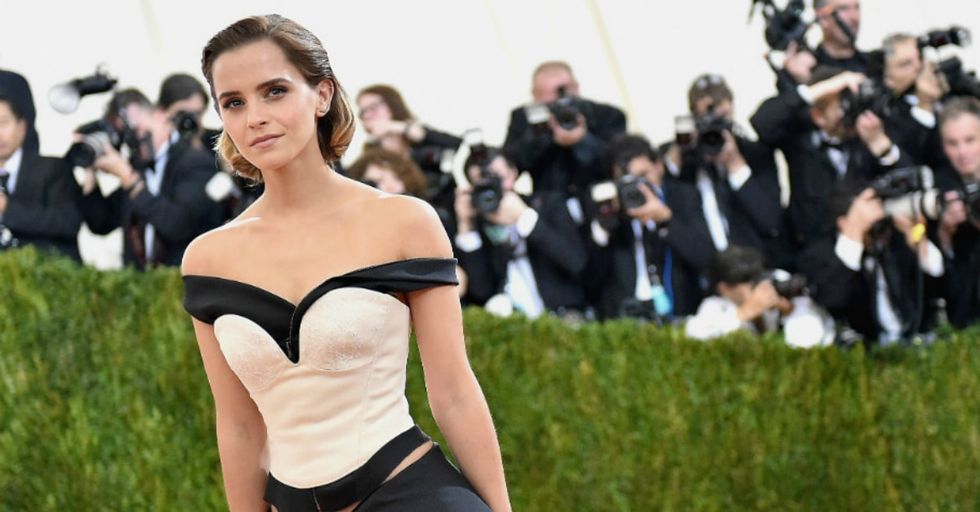 This Is the Reason Emma Watson Doesn't Take Pictures With Fans

With Beauty and the Beast opening in a couple of weeks, you'll no doubt be seeing even more of Emma Watson's face plastered across the media.

She's pretty much an old pro, having been cast as Hermione Grainger in the Harry Potter series when she was ten years old.

Watson skyrocketed to fame and became an advocate for sustainability and a public voice for feminism.

Watson has no problem with being famous, but there's one thing that she won't do anymore. She's decided to stop taking selfies with fans.

She'll sign autographs and she'll spend as much time as she can spare talking with fans, but selfies she simply won't do.

Before you freak out and judge, you should know she has a pretty good reason.

"For me, it's the difference between being able to have a life and not," she said in an interview with Vanity Fair. "If someone takes a photograph of me and posts it, within two seconds they've created a marker of exactly where I am within ten meters. They can see what I'm wearing and who I'm with. I just can't give that tracking data." For an actor as famous as Watson, the safety concerns are real.

Watson understands, however, the importance of the fan experience.

So while she won't take selfies, she will make up for it however she can. "I’ll say, 'I will sit here and answer every single Harry Potter fandom question you have but I just can’t do a picture," said Watson.

Because let's be real — some fans are a little bit...obsessive.

"I have met fans that have my face tattooed on their body," said Watson. "I’ve met people who used the Harry Potter books to get through cancer. I don’t know how to explain it, but the Harry Potter phenomenon steps into a different zone."

Heck, actor Tom Felton even made a documentary about Harry Potter

Released in 2015, Tom Felton Meets the Superfans follows Felton as he tries to understand the minds of people who are deep fans of celebrities, especially the Harry Potter actors.

As for Watson, she does interact with fans, but she's careful about it.

"I have to carefully pick and choose my moment to interact," she said. "When am I a celebrity sighting versus when am I going to make someone’s freakin’ week? Children I don’t say no to, for example."

And autograph signings aside, she gives back in other ways, too.

Watson supports causes and charities that are near and dear to her heart. She's one of the most outspoken advocates in the celebrity world.

In 2014, at age twenty-four, Watson was appointed the UN Women Goodwill Ambassador.

"Women’s rights are something so inextricably linked with who I am, so deeply personal and rooted in my life that I can’t imagine an opportunity more exciting," she said of the honor. "I still have so much to learn, but as I progress I hope to bring more of my individual knowledge, experience and awareness to this role."

Plus, she's really into reading and literature and literally spreading the word.

In November, Watson left nearly 100 copies of Maya Angelou's book, Mom & Me & Mom on the London subway, with a few handwritten notes stuck inside. That's a pretty awesome move.

She's also big on accountability for her own choices, like the designers she chooses to use.

When choosing her wardrobe for the Beauty and the Beast red carpet appearances, she created a PowerPoint presentation for her stylist to send to designers. The presentation helped Watson choose the designer who created the most environmentally friendly and ethically responsible clothing.

So long story short, if you ever run into Watson, don't hesitate to ask for an autograph.

But respect her decision to refrain from snapping the perfect picture — she has her reasons.