DiCaprio finally accepted the part and got his multimillion dollar paycheck for the role, but surprisingly, however, he wasn't the first actor to read for the part. | 22 Words 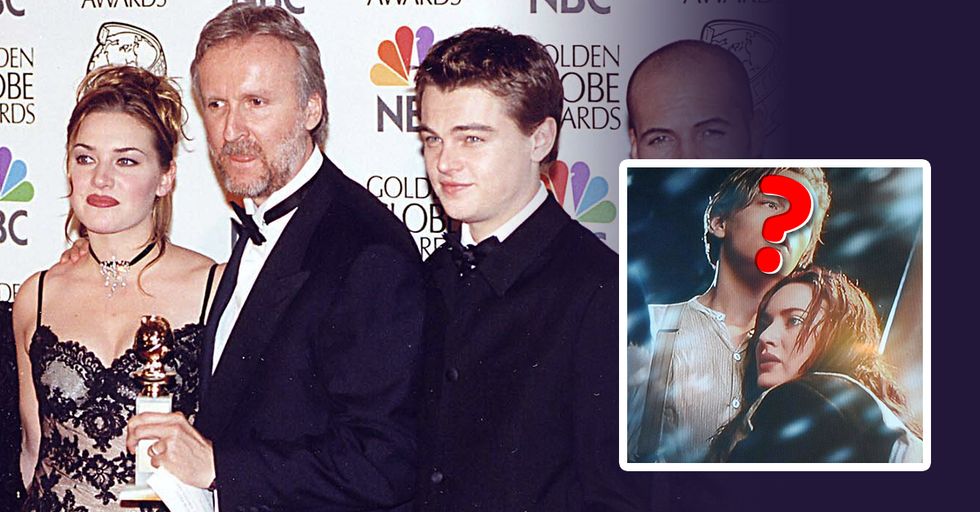 In 1997, a movie burst onto movie theaters that would reign as the highest-grossing movie of all time for a solid twelve years. It starred a young cast, opulent period costumes, and special effects that tallied into the millions of dollars. Its name was Titanic, and it was director James Cameron's magnum opus.

It was also the film that would launch two very hot, very young things to superstardom – Kate Winslet and Leonardo DiCaprio.

Both actors had varying levels of success before starring in the romantic disaster movie. In fact, Leonardo DiCaprio, Hollywood born and bred, had been acting since childhood.

He'd starred in such movies as Critters 3, This Boy's Life, What's Eating Gilbert Grape, The Basketball Diaries and Romeo + Juliet well before sipping at the waters of international stardom with Titanic.

Kate Winslet had also had a substantial acting career beforehand, though hers wasn't as robust as DiCaprio's.

Winslet had starred in Heavenly Creatures  and Sense and Sensibility – the film for which she received her first BAFTA award. She would win two more BAFTA awards after Titanic, as well as one Academy Award for her part in the prestige film The Reader.

After both acted in Titanic, however, their careers were secured.

DiCaprio would go on to star in several commercially and critically successful films and win several awards, including one Oscar, one BAFTA, one Screen Actors Guild award, and three Golden Globes all the while pursuing a side gig as a confirmed modelizer.

Winslet, on the other hand, did not do big films in the years immediately following Titanic.

"There was tremendous pressure on me to do something 'big', but I ducked it all," Winslet said in an interview with The Guardian. "I had to. If I hadn't, I would have burned out by the age of 25. So I ran a mile - back to where I felt safe again." This didn't mean Winslet remained in small roles forever. She came back in a big way, starring in such heavy-hitters as All the King's Men, The Holiday, Revolutionary Road, and The Reader – the film for which she won an Oscar.

Despite DiCaprio and Winslet's visible chemistry, and the accolades that flooded the pair in the wake of Titanic's release, Winslet wasn't Cameron's first choice for Rose, however.

He reportedly preferred Claire Danes, Gabrielle Anwar, or Gwyneth Paltrow, but Winslet pleaded with him to pick her. "You don't understand! I am Rose!" Winslet said to him. "I don't know why you're even seeing anyone else!" Impressed by her persistence, he cast her. His choice for the character of Jack, however, was not so easy.

Cameron had originally envisioned Jack as a young Jimmy Stewart, which meant Leonardo DiCaprio wasn't even on his radar.

At the time, DiCaprio hadn't earned his leading man stripes as of yet. He was more so known as a troubled kid – the Justin Bieber of his time. Even more shocking, he wasn't even into the part.

Cameron had to convince him to even read the part.

DiCaprio refused to read with Winslet, but Cameron insisted. "He read it once, then started goofing around, and I could never get him to focus on it again... But for one split second, a shaft of light came down from the heavens and lit up the forest."

Cameron had his heart set on DiCaprio, but the actor was still unconvinced. That was when Winslet stepped in.

After she found out that DiCaprio wasn't sure about whether he would take the role, she tracked him down during the Cannes Film Festival.

“I was thinking, ‘I’m going to persuade him to do this because I’m not doing it without him, and that’s all there is to it,’ " Winslet said. “‘I will have him.’ Because he is fucking brilliant. He’s a fucking genius, and that was absolutely why."

DiCaprio finally accepted the part and got his multimillion dollar paycheck for the role, but surprisingly, however, he wasn't the first actor to read for the part.

Winslet has nothing but great things to say about McConaughey.

“I auditioned with Matthew, isn’t that weird?" she said during a recent visit to The Late Show with Stephen Colbert. “Never said that in public before. I auditioned with Matthew, which was completely fantastic. It just wouldn’t have been the whole ‘Jack and Rose, Kate and Leo’ thing." You've got that right. But, as it turns out, Matthew McConaughey wasn't the only man Cameron considered. Christian Bale, Chris O'Donnell and Tom Cruise were also considered for the role. Hollywood, amirite?