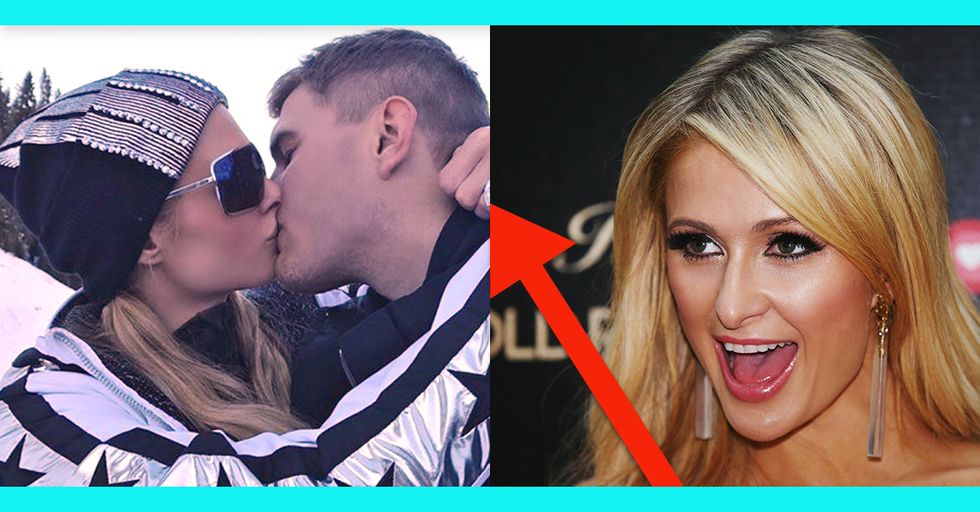 Paris Hilton is engaged! That's right, the Hilton heiress, star of The Simple Life, and originator of the hottest mid-aughties catchphrase, "that's hot," is finally going down the aisle.

Paris' fiancé Chris Zylka, née Chris Settlemire, proposed to the celebrity DJ and perfume mogul (Paris has a lot of side gigs) this week in Aspen, Colorado.
The proposal was a long time coming. Paris and Chris have known each other for years, ever since they met at Chateau Marmont for an Oscars party.
"We met eight years ago... and then we flirted for years and years," Hilton told Page Six. "Then two years ago at Art Basel, my brother got a text because Chris had seen an Instagram . . . and he wanted to meet up."

The rest, as they say, was history. "Ever since our first date I knew there was something special about him," Paris said to People. "I have never in my life met a man so loyal, dedicated, and loving. I knew right from the start that I wanted to be with him forever."
Chris, who is an actor best known for his work on Leftovers, as well as 90210 and Everybody Hates Chris, is so in love with Paris, he got her name tattooed in Disney font on his arm. That wasn't all, however.
When Chris proposed, he did so with the most massive ring ever, and you won't believe the effort that went into making it. Celeb jeweler Micheal Greene told People mag all about the ring, which, he says took six months to make.

Paris and Chris have only been public with their relationship since last February, so that means Chris must have known pretty quickly she was the one. Then again, they have been flirting for a super long time.
Chris knew exactly what design to make because, Greene explained to People, "Paris at one point in time told [him] she really loved her mother’s pear-shaped diamond, and when Chris came to me that was his request."

"The pear-shaped really jumped out for him and ultimately for her. He did some fishing, but in the end it was all him. He’s a smart guy, and hangs out a lot with the family, and I think she realized how much she liked her mom’s ring."

The ring costs $2 million and about 4 months to cut, although the actual setting only took a couple days. At 20 carats, it certainly is a whopper.
When Chris picked it up, he was shaking. "He said, ‘I can’t stop shaking,’" Greene told People. "It was like taking a good size man and bringing him down to a boy size giggle. He’s a super nice guy."

But then, Paris already knows that. As Vogue notes, "in April, she wrote that 'he has the most adorable eyes you could ever fall for & the cutest smile that takes your breath away.' "

And of course she loved the ring. "The ring was so gorgeous and sparkling. I was shaking as I put it on," she said to People. "It is the most beautiful ring that I have ever seen!"
"I am so excited to be engaged to the love of my life and my best friend," she continued. "I have never felt so happy, safe and loved. He is perfect for me in every way and showed me that fairytales really do exist!"

Chris concurred. "Paris is the most beautiful and incredible woman both inside and out," he said. "I feel like the luckiest man in the world to be marrying my dream girl. I can’t wait to spend the rest of our lives together." With a ring like that, it's going to be a very bling-y happily ever after. And we're sure Paris wouldn't want it any other way...