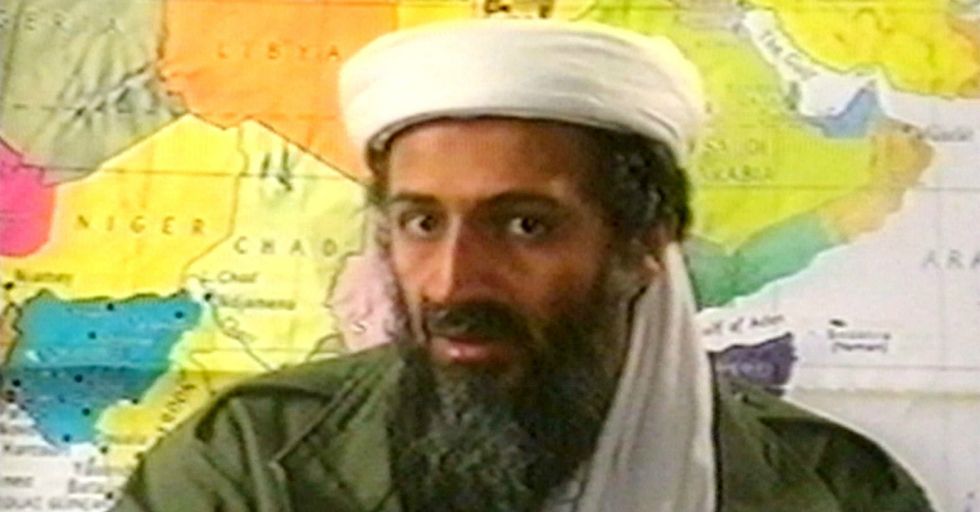 On November 1, the CIA released a bunch of files that were taken from Osama bin Laden's compound when he was killed by U.S. Navy Seal forces back in 2011. "Today's release of recovered al-Qa'ida letters, videos, audio files and other materials provides the opportunity for the American people to gain further insights into the plans and workings of this terrorist organization," said CIA Director Mike Pompeo in a statement.

Well, this collection of files has definitely given us insight into what Osama bin Laden liked to watch in his free time. And it's at once super surprising and...extremely relatable.

Osama bin Laden's files have been protected until now, but in the interest of transparency, the CIA has released some of them to the American public.

And it seems the organization will continue to release information when it's appropriate. Pompeo said in his statement, "CIA will continue to seek opportunities to share information with the American people consistent with our obligation to protect national security." So...what exactly was there of interest in bin Laden's files?

Well, it seems he was a fan of animation.

Osama bin Laden's computer was full of Tom and Jerry cartoons, animated films like Cars, Antz, and Chicken Little, as well as movies like Resident Evil. Those were mixed in with beheading films and even one 9/11 truther video.

He also apparently had a few crochet instructional videos on retainer.

Of course, there's a chance these were watched by others on the compound, but it's more interesting to think about Osama bin Laden sitting down with a crochet hook and a ball of yarn to watch, "How_to_Crochet_a_Basket.flv." In addition to all these, bin Laden's computer contained one of the most classic viral videos of all time.

Yes, "Charlie Bit My Finger" was one of the videos recovered from bin Laden's collection.

Howard Davies-Carr, the father of chomper Charlie and his poor brother Harry, was shocked when he found out. "I don't know how to react," he told HuffPost. "It's hard to take in. You never can tell who has a lighter side. It's hard to imagine he's planning terrible things one minute and then laughing with his family over this the next." Davies-Carr's wife's reaction was a bit different. She wondered if they were targets. The Davies-Carr family says they're aware of many "high-profile" people who've seen the video we all know and love, but they admit that Osama bin Laden "is the most notorious."