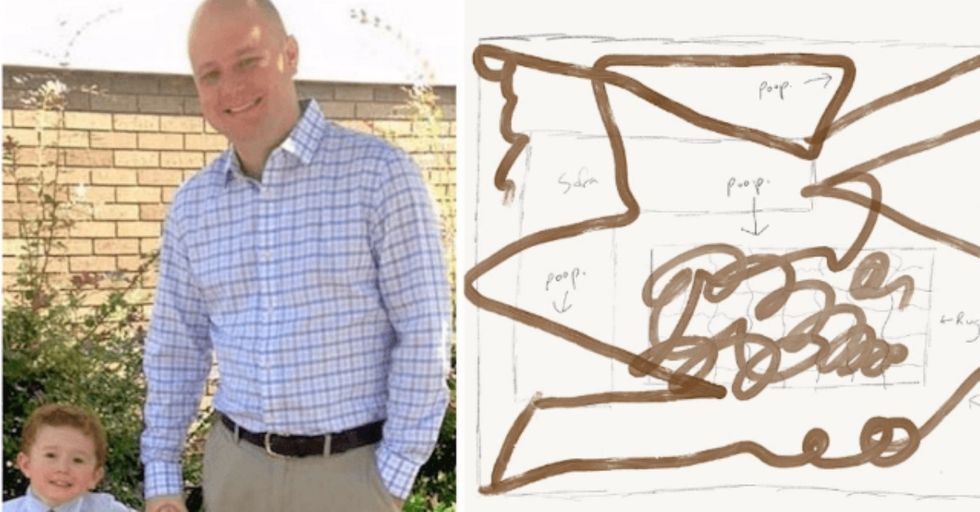 This Is What Happens When a Roomba Meets a Dog Turd

Meet Jesse Newton, devoted husband and father from Little Rock, Arkansas, who recently experienced the greatest horror of his life — his Roomba ran over dog poop.

Just think about that for a minute...yeah. Not so pretty, is it?

Once he recovered, he bravely described his experience in great detail on Facebook, along with simple-yet-effective drawing of the scene of the crime.

Let's just say he's no Olympic athlete, but his marathon retelling of Roomba vs. Turd deserves some kind of medal.

Without further ado, I present Poopocalypse 2016.

He deflects the glory to Hammacher Schlemmer, but he is the true hero here. While most people would have taken one glance at the Trail of Turds and put the house up for sale, he never gave up. Jesse, we salute you.