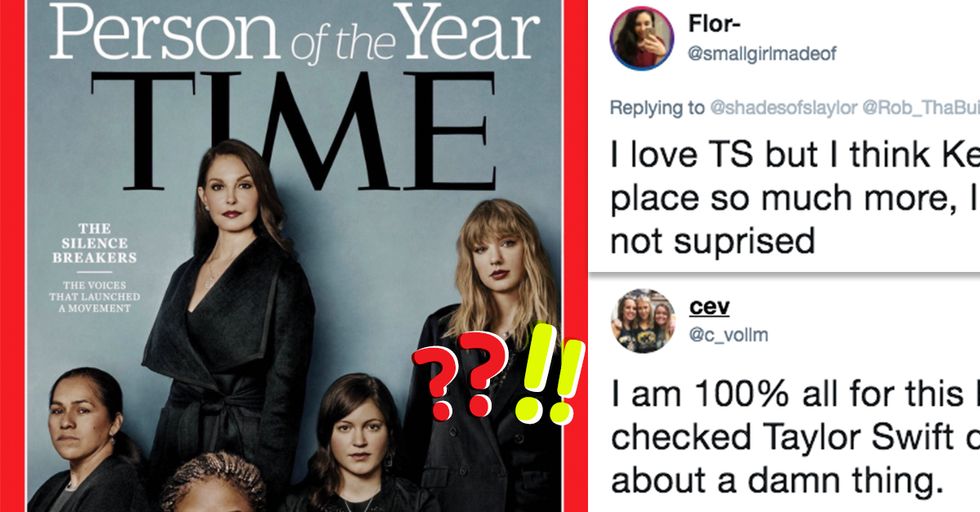 On August 10 2017, Taylor Swift testified in a packed courtroom about being assaulted in full view of an entire room of people. The circumstances of the assault, while troubling to say the least, were the kind that many people would pooh-pooh as a minor incident. In 2013, Swift took a photo with Colorado DJ David Mueller after an interview. As the pair posed for the camera, the Country music personality reached under Swift's skirt and grabbed a palmful of her behind.

Swift reported the incident to the radio station, and Mueller was fired. When he sued her for defamation in the aftermath, she went one further and countersued him for $1.

The sum was, of course, symbolic. Swift's net worth is about $280 million, and even if it wasn't already that high, Swift is one of the most dominant figures in music. In fact, if you think about the biggest names in music, Taylor Swift is always somewhere in the top three. Who else, besides Beyonce or Rihanna, can command the kind of critical and cultural attention Taylor Swift does?

We say all this to say Taylor Swift needs neither money nor excess attention, and even if she did, there'd be other, easier ways to do it.

Mueller vehemently denied Swift's claims, and when the singer took him to court, his attorney doubled-down on these denials and attempted to paint her in an unflattering light. Perhaps she was mistaken about what happened, Mueller's defense lawyer insinuated, or perhaps she was seeking attention.

The in-court confrontation between Swift and Mueller's counsel was the stuff of feminist dreams.

No matter your personal opinion of Swift, one thing was undeniable during the trial – she simply refused to back down. As Time magazine describes during her featured article:

When asked why the pictures taken during the assault didn’t show the front of her skirt wrinkled as evidence of any wrongdoing, she said simply, “Because my ass is located at the back of my body." When asked if she felt guilty about Mueller losing his job, she said, “I’m not going to let you or your client make me feel in any way that this is my fault. Here we are years later, and I’m being blamed for the unfortunate events of his life that are the product of his decisions—not mine."

Swift later explained her reasoning for coming forward against Mueller.

At the time, I was headlining a major arena tour and there were a number of people in the room that saw this plus a photo of it happening. I figured that if he would be brazen enough to assault me under these risky circumstances and high stakes, imagine what he might do to a vulnerable, young artist if given the chance. It was important to report the incident to his radio station because I felt like they needed to know. The radio station conducted its own investigation and fired him. Two years later, he sued me.

Importantly, Swift had spoken up for herself well before the Harvey Weinstein scandal exploded on October 5.

Well before #MeToo became the hashtag of the year, well before prominent men began dropping from their well-cushioned jobs like flies, Taylor Swift had gone to bat for her rights and she'd done so in the face of a cultural climate that had not, at the time, fully began to understand the insidious nature of systemic sexism.

This is the reason she was given a space on the cover of Time magazine's "person of the year" issue – which celebrated the "Silence Breakers" – alongside Ashley Judd, corporate lobbyist Adama Iwu, agricultural worker Isabel Pascual, and former Uber engineer Susan Fowler.

It is also the reason she stands beside the jutting elbow of a person just out of frame of the cover, an elbow which "represents survivors whose stories are as yet untold or unheard."

But people weren't happy with the choice of Taylor Swift on the cover.

Why, many asked, would you put a privileged woman who hasn't spoken out about sexual assault – or indeed anything – since she won her trial on the cover of Time, a woman whose last publicized move was to sue a blogger who accused her of sympathizing with white supremacists, a move the American Civil Liberties Union roundly condemned.

There were, after all, so many other people who could have been on the cover of Time. The actual creator of the #MeToo hashtag, for one.

Tarana Burke, an activist and the head of a nonprofit called Just Be Inc., created the Me Too movement to help women and girls who had been victims of sexual abuse in 2007. When the Weinstein allegations came to light, actress Alyssa Milano was credited with first using the hashtag Me Too.

Milano tweeted, "If you’ve been sexually harassed or assaulted write ‘me too’ as a reply to this tweet," and women complied by the thousands.

Burke says she was startled when she first saw Milano’s tweet. It seemed, in so many ways like the constant erasure of women of color in feminist movements .

“Initially I panicked," she said. “I felt a sense of dread, because something that was part of my life’s work was going to be co-opted and taken from me and used for a purpose that I hadn’t originally intended."

Milano soon reached out, however, and the two went on to collaborate.

Milano isn't on the cover of Time magazine either, and neither, for that matter, is Rose McGowan, the original actress credited with starting the movement against Weinstein.