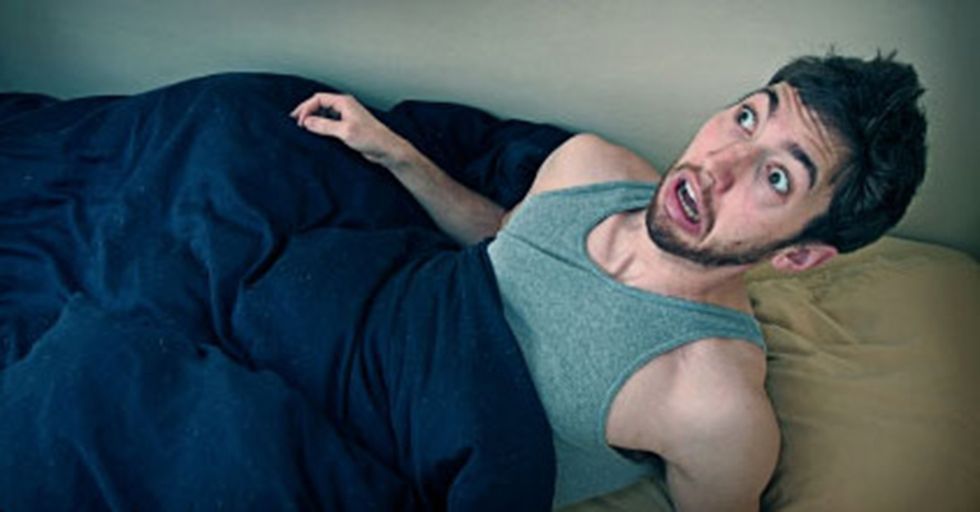 There are a few different names for what we're talking about, but most people recognize it regardless of what it's called. You're drifting off when all of a sudden your body has a huge freak out for a split second, startling you, then...back to normal. As if nothing happened.

It's a common issue, and one that's been discussed both correctly and incorrectly. Let's set the record straight, shall we?

Science refers to the issue as a hypnic jerk or the less medical "sleep starts."

60-70% of the population have experienced them in some form. Sometimes regularly, sometimes not.

Often, when you experience it, you get a very clear mental image. Many people say that they get the impression of something or someone falling.

You wake up quickly, and nothing else seems to come of the whole bizarre experience. Weird, right?

Dr. Carl Brazil from Columbia University Medical Center studies sleep disorders and is an authority on this very topic. He says that the intensity and frequency of hypnic jerks varies from subject to subject.

Here are a few observations he's made about sleep starts.

For instance, some people don't even wake up, and are only told about it by people around them who witness it.

Of course, some people go off the deep end, saying that it's the result of a satanic spirit trying to take over your body.

In reality, there are several root causes, which can both instigate hypnic jerks and make them worse. Caffeine late in the day seems to increase both frequency and severity.

As do any stimulant medications that someone might be prescribed.

Smoking's another activity that seems to make them worse.

You may have noticed it happens a lot when you're exhausted. It seems that sleep deprivation also makes this issue more likely and more severe.

The good news is that there's no known danger. So just consider the phenomenon similar to hiccups. An inconvenience that can be jarring, but is really more annoying than anything.