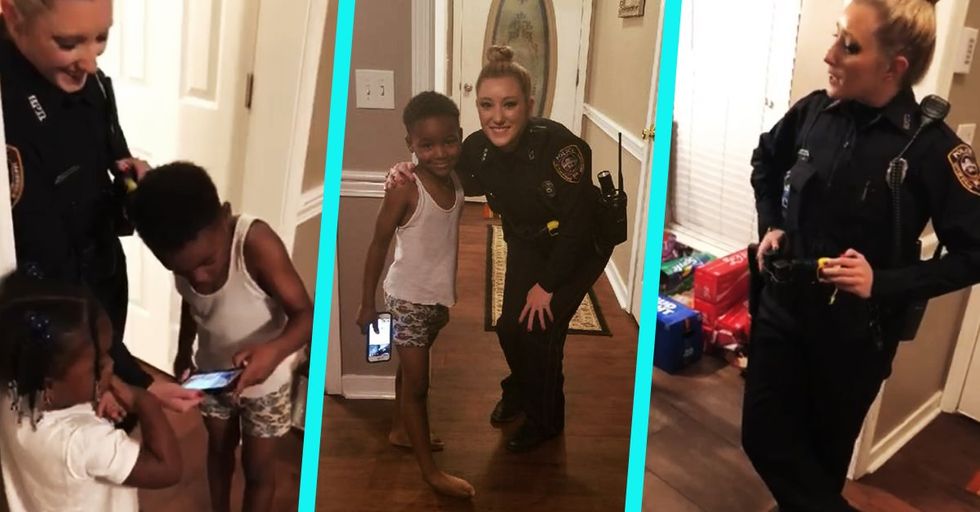 We all know the story of How the Grinch Stole Christmas. It's a Christmas staple, and many people (us included) read the book, and watch the movie – both versions – on Christmas Eve. After all, why read A Christmas Carol and bear through the shenanigans of Ebenezer Scrooge when you can spent time with a better, greener antihero – the Grinch.

If you think about it, the Grinch is the perfect Christmas character. For one, he's aesthetically appropriate. With his green skin and red clothes (when he's dressed up as Santa) he fits perfectly into the Christmas palette.
Then there's the way he epitomizes all the different personas of Christmas. There's the angry, can't-stand-everything persona. "The Grinch hated the Who's," remember that?
There's also the gourmand-ish tendencies. Recall, for instance, how the Grinch turned his nose up at Who Pudding and rare roast beast, because roast beast was a feast he couldn't stand in the least.
Who among us hasn't turned our noses up at rare roast beast? We prefer it seasoned to perfection and cooked medium well. Also, as far as that Who Pudding – perish the thought! On Christmas, we prefer to save our fourth stomach for Baileys mixed in eggnog.
Besides all this was the fact that he tried to steal Christmas – and succeeded! If you ask us, this shows a keen mind and an entrepreneurial spirit. Why, the Grinch is a hero – a modern day Robin Hood fighting against those Christmas-loving gentrifiers next door.
Think about it for a second, if you will. There the Grinch was on Mount Crumpit when the Who's came and parked themselves in Whoville (according to the book, that is). The Grinch didn't land on Mount Crumpit – Mount Crumpit landed on him and– Okay, maybe we're digressing, but the point is, the Grinch is a beast.
At least one person in Jackson, Mississippi didn't think so. 5-year-old TyLon Pittman was watching Youtube one day when he stumbled on a truly shocking scene. The Grinch, stealing Christmas!
Tylon, a brave, brave young man who loved Christmas, wasn't going to let the Grinch get away with the dastardly deed he was no doubt planning on his lonely perch in Mount Crumpit, so he did what any upstanding youngster would do – he called the cops.

His mother, TeResa Pittman, assumed he was joking when he informed her that he'd called for backup against the nefarious rabble-rouser. "You better not have," she said, but less than an hour later, there was a knock on the door.
Officer Lauren Develle from the Byram Police Department was at the door, and she was gravely concerned about the threat. She explained to Mrs. Pittman that, "[Tylon had] called to say the Grinch is going to steal his Christmas."
"He was so serious," Tylon's older brother, TeDera Dwayne Graves later told CBS News. "The look on his face was so serious. That's what made it so funny." What Graves didn't appreciate, however, was the severity of the matter. But TyLon did. "I want him to come to my house and take him to jail," he told the officer. "I want to get him." TyLon, fyi, wants to be an officer some day.
The Officer was quick to understand his concern."We can take him to jail if he comes and tries to steal your Christmas," Develle assured the little boy. Then she promised, "The Grinch is not going to come and steal your Christmas. I'm not going to let that happen."

These reassurances did not assuage TyLon's fears, however, so Officer Develle arranged for him to visit the police department this Monday, and who should be there waiting for him than that dastardly nemesis, the Grinch!
TyLon assisted the officers in putting him behind bars, and then he joined officers for a tour of the station, which included a quick jaunt to the front seat of a police car. He got a goodie bag, and was even gifted his very own copy of "How the Grinch Stole Christmas."
Even better, "The police chief told him, 'I'm going to give you these little handcuffs, and little police car now, but when you turn 21 come back here. We'll give you an application,'" his brother Graves said. Aww....