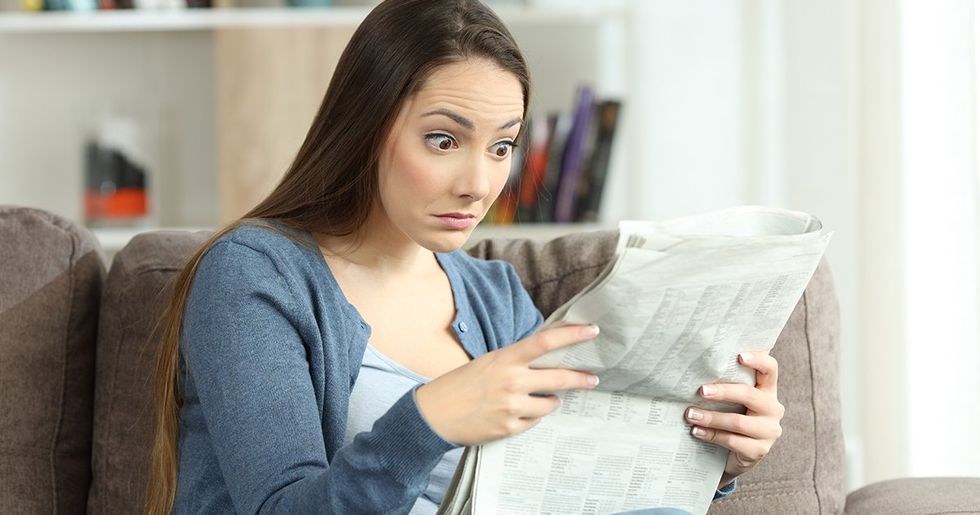 There’s something about local newspapers that seems to bring out the more eccentric side of a community. Once you give people a forum where their grievances (big or small) can be shared, you’re opening the floodgates for all sorts of feedback and ideas.

Of course, this is often a good thing. You're giving people who might not normally have a voice the chance to share their own unique point of view. But then you also might give a platform to people with rather toxic views, like in the case of one quite opinionated Florida man.

There’s an entire Facebook page devoted to Angry People in Local Newspapers, and a quick scroll through will quickly remind you that people are indeed crazy.

Read on to learn the story of one man who shared his thoughts on women’s styling choices and the hilarious comments that ensued.

Some people say that women like to get dressed up and wear makeup to impress men.

Perhaps some women do feel this way, but we’d guess that it’s not true for most.

Others say it’s to impress other women.

Everyone likes a compliment now and then!

Still others say they wear makeup only for themselves.

Because we don’t need anyone else’s approval.

But one man from Florida is firmly in the “women should look good for men" camp.

Here’s what the man from Sebring, Florida had to say in his local newspaper.

Wow, Don, we don’t remember asking for your opinion!

Sorry, we can’t hear you over the sound of our eyes rolling out of our heads.

It’s interesting when people try to exert control over the appearance of complete strangers.

Naturally, the internet came through with some hilarious responses to this post.

We can always count on you.

BRB, just growing our hair out and getting a nose ring.

Maybe he needs to self-reflect.

Let’s make it into a game, shall we?

Ten bonus points for you!

No one likes a bellend.

It would just be devastating for us all.

Some people tried to help Don find his person.

Have we entered a time warp?

Because it’s hard to believe that people think this way in 2019.

It can really be boiled down to one thing.

And there you have it.

An open letter to Don.

Mind your own business, man!

Which century is it again?

A voice of reason.

Say it again for the people in the back (or just Don).

Whoops! Guess we have to rethink some things.

Dang, he caught us!

Yep, who needs a career or personal happiness anyway?

We’ve got a feeling that this is just the tip of the iceberg when it comes to Don’s opinions.

Phew, close one there!

We’ll keep rocking our looks and not caring what anyone has to say about it. Be sure to share this article with your Facebook friends!
20%