She wrote about the experience on Facebook and included a video in hopes that it would go viral. | 22 Words 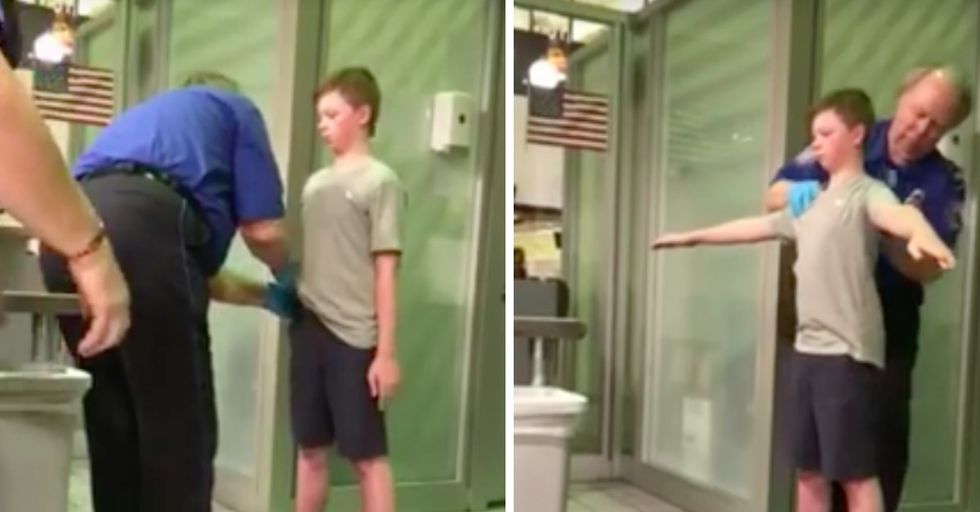 This Mom Is LIVID Over Son's 'Horrifying' Detainment by TSA

Being a TSA agent can't be an easy job, especially given the political climate right now. They have to deal with a lot and do a lot to keep us safe. But every once in a while you hear those horror stories about TSA pat downs, and this is one of those stories.

A woman named Jennifer Williamson posted a cringeworthy Facebook video of her son Aaron being patted down by a TSA agent while at the huge Dallas Fort Worth airport.

Her son has a condition called Sensory Processing Disorder (SPD), so Williamson requested that he not be patted down, to avoid messing with his nervous system.

She claims they passed through the initial detector without setting off any alarms, but then they "were treated like dogs" and not permitted to move on for "well over an hour."

She wrote about the experience on Facebook and included a video in hopes that it would go viral.

Here is the full video:

Most people were horrified at the story.

Granted there are two sides to every story — and asking to bypass a pat down might be a red flag — but the video doesn't paint a very good picture for the TSA. What do you think?