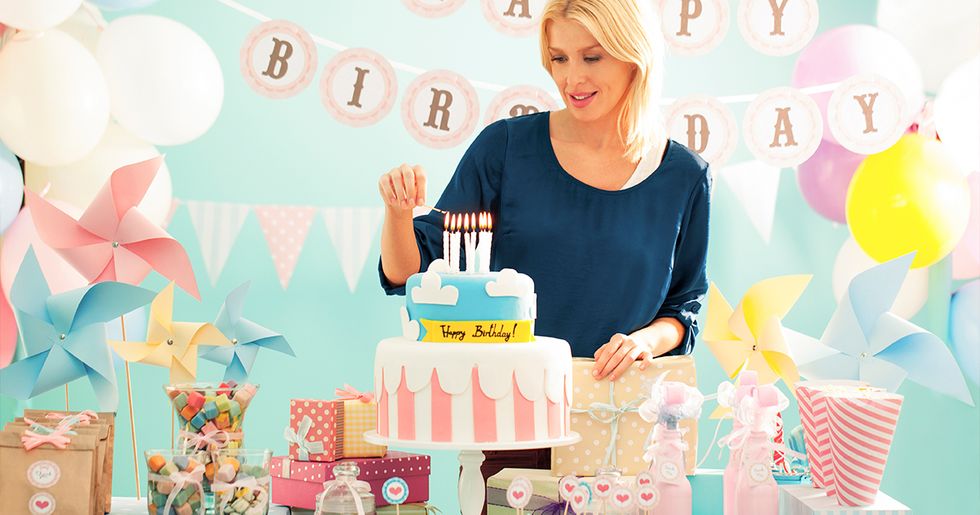 Parenting books don’t prepare us for are all of the birthday parties our kid is going to get invited to. And we take them to most and hope for the best and at least for a sliver of pizza. Some birthday parties are cool, we don’t have to talk to a lot of the parents and the kids just play in the bouncy house. But others, you can tell that the entire set up and the party is pretty extra.

Case in point, the most outlandish kid birthday party request ever, this moms friend who charges a cover for every kid that’s going to attend her kids birthday party. I think we can all admit that we’ve attended a few over-the-top birthday parties that included ponies painted as unicorns. But being charged to attend a child's birthday is over the top and deserves a whole lot of 'will not be attending' replies.

Tired of being charged a cover fee for her child to attend a friend’s birthday party every year, one mom wrote to the Boston Globe‘s “Miss Conduct” column for advice. The fact that she charges people every year $20 is questionable and honestly, we just don’t do that especially for a child’s party. And get this, she’s also included a note on party’s that were at home that asked for “donations”. This is not the way to throw a party, make it over the top if you want to, but definitely, don’t charge people or ask for donations.

No one prepares parents for the amount of time they’ll have to spend at other kids birthday parties.

There have been times when we have taken our kids to a birthday party every  weekend of a single month.

And we definitely want to take our kids because it’s a place for them to have fun and possibly give us a break for a few minutes while they play with friends.

And those few minutes, although loud because party, feel like a mini-vacation.

Probably a big drawback to kids party’s is all of the sugar our kids get hyped up on.

It’s an endless amount of sugar at every party.

And all of the germs you and your kids are probably going to catch.

I legit give my kids a baby wipes bath in the parking lot outside of every party we go to.

But really, it’s something for the kids to do on the weekend besides telling us how bored they are at home.

The words no parent wants to here from their kids on the weekends “I’m bored." Because It’s usually followed by a lot of whining and money spending.

For the most part, kids birthday parties are free entertainment.

Although taking a gift for the birthday kid is expected.

Pro tip: use stationary cards and envelopes instead of buying birthday cards.

Just write happy birthday in the card and you're good to go. It's also an easy way to save money.

How did we let this happen?

Be there if you have to but don't touch anything.

Except for the party’s thrown by one one mom that charges a cover to attend her kids parties.

Excuse me? But no.

This is probably the most over-the-top request I’ve heard for a kids parties.

I’ve heard of outlandish birthday parties for kids, but this one definitely takes the cake, literally, if you don’t pay to get in.

A mom recently wrote to her local newspaper advice column about her friend that charges a cover of $20 to attend her kids birthday parties.

The mom wrote to Boston Globes 'Miss Conduct' for advice.

“I have a close friend who I adore. She is lovely and kind and a truly wonderful person. But every year, she charges people to come to her daughter’s birthday party."

I can sense this moms worry. Especially since their kids are good friends too.

Apparently, this is something the “Cover Charge Mom" has done before. Being that the mom friend said “every year she charges people".

If no one said anything about it the first time, of course she would do it again the next year.

$20 isn’t really much these days, but to charge that for a kids birthday party is terrible.

I personally would not attend, but they are friends so I can understand the dilemma.

I think we all thought, “what the what?!" about this ridiculous requirement included on the party invitation.

It’s extraordinary to do this and expect your party guests to pay and take a gift.

"If it is at a venue, the e-mail will say something along the lines of "please bring $20 to cover the cost of your child."

I’m guessing the 'Cover Charge Mom' has extreme party’s for her kid that it costs $20 per child.

And get this, she also charges if the party is at her own home.

“If it is at her home, there will be an envelope or basket asking for “donations", the advice-seeking mom told Miss Conduct.

I cannot with this party requirement.

This will definitely be a no from me.

The mom looking for advice mentioned that her friend is not struggling financially.

Basically, like all of us, she doesn’t understand why she would ask for money for her kids party and neither do I.

The friend also says that people have been talking about the “Cover Charge Mom" behind her back.

And this could be why the mom seeking advice is concerned. This situation could escalate and turn ugly.

Robin Abraham, better known as Miss Conduct, suggested that the conversation should come up but to not tell her that people are talking about her behind her back.

That can open up a whole other can of worms.

Miss Conduct also said, “But yes, speak up before her poor daughter has to, since sooner or later the girl will realize what her mother is up to and be humiliated."

Anyone that’s hosts a party is responsible for what goes into that event when it comes to planning and paying for it.

Making that the responsibility of guests is quite tacky.

If you don’t want to pay for food or entertainment, then it’s best to not have those things.

Keep it simple and the cost won’t be much.

Seems like today, many parents are going overboard with party planning for kids. A sheet cake and some balloons is really all that’s needed.

Or better yet, don’t have the party at all.

I think many parents sometimes steer away from an actual party for their kid to fund alternative birthday party's for their kids, like a theme park day.

Miss Conduct also suggested not to bring up finances in the conversation.

No one truly knows what’s happening with anyone’s finances so it’s best to not bring it up.

Clearly, these mom friends have much to talk about since the advice seeker, and us, have a lot of thoughts about charging families for birthday cake.

Hopefully, Miss Conduct won't have to answer to another column about over-the-top birthday parties.