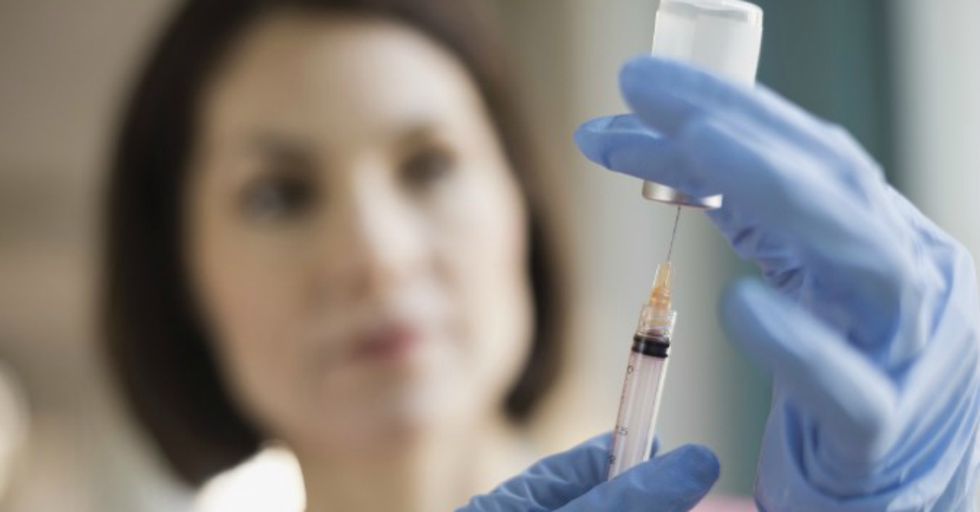 Back in 1998, a medical journal published a paper by Andrew Wakefield that claimed that there is a link between vaccinations and autism. Wakefield's conclusions were based on manipulated data and fraudulent research, and his paper has since been completely discredited. There is no scientific evidence to back the claim that autism is caused by vaccines. In fact, new research states there may actually be a link between autism and maternal gut flora.

And yet, some parents still choose to forego vaccinating their children. In multiple U.S. states, they have a legal right to do so. Such is the case in Michigan, where this week, a mother has been sentenced to spend time in jail for refusing to vaccinate her 9-year-old son.

In 46 U.S. states, parents are allowed to refuse vaccinations for their child based on religious reasons. In 17 of those states, exemptions are allowed for "personal reasons" not relating to religion. There are only three states in the country — California, West Virginia, and Mississippi — that do not allow any nonmedical exemptions.

In Michigan, parents are allowed to refuse vaccinations as long as they attend an educational session prior to enrolling their children in public or private schools.

Rebecca Bredow lives in Michigan with her 9-year-old son. She and her ex-husband chose not to vaccinate their son when he was born.

However, her ex-husband has since decided that the child should be vaccinated. The couple is currently embroiled in a custody dispute where this is a central conflict. In November of last year, Bredow actually agreed to vaccinate her son. However, she has not yet followed through on that agreement. “I can’t give in against my own religious belief," she told The Washington Post. “This is about choice. This is about having my choices as a mother to be able to make medical choices for my child."

On Wednesday, Bredow arrived to court still having refused to get her son vaccinated.

Oakland Co. judge says the boy will be vaccinated today regardless. Bredow can go to jail for contempt or not. Her choice.
— Brian Abel (@Brian Abel)1507123845.0

The judge reminded her of the fact that she had agreed to vaccinate her son, but Bredow stood by her decision to forego those vaccinations. As she had disobeyed the court's orders — which she had already agreed to — the judge had only one option.

The judge held her in contempt and sentenced her to seven days in jail.

"I'm a passionate mother who cares deeply about my children, their health, and their well-being," she said after being told she'd be going to jail. "I would rather sit behind bars standing up for what I believe in than giving in to something I strongly don't believe in."

Many people are outraged at the judge's decision to send Bredow to jail.

@nicolecurtis I’m sorry but she violated a court order. So therefore in contempt of court so jail time. All she had… https://t.co/sKPtBzptjO
— Shelley (@Shelley)1507215142.0

However, others are arguing that Bredow was aware of the consequences her actions might have. What do you think? Let us know your thoughts on our Facebook page.