This New Trend Has Men Sending Their Girlfriends a 'Poem,' but It's Actually Something Else Entirely | 22 Words 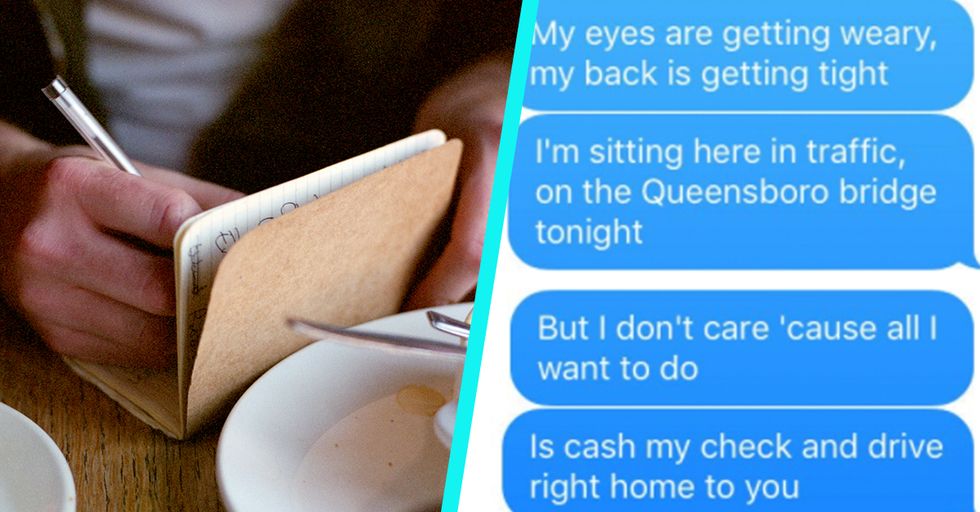 This New Trend Has Men Sending Their Girlfriends a 'Poem,' but It's Actually Something Else Entirely

Comedian Mike Recine decided to do something sweet for his girlfriend — kind of.

Other men took a cue from Mike and tried this out on their own unsuspecting girlfriends...

...Who were none the wiser to the little stunt. And for a while, it felt like this could turn into a new smooth way to impress the ladies.

It seemed nobody's girlfriend had seen the hit comedy.

Or at least memorized the theme song enough to recognize it as a love poem. Seems like this charm worked like a... charm?

It turns out some women do know how to Google things.

And also, as any dad will teach you, men are garbage.

It didn't take long for all the women who know this to see through the charade.

Even if they didn't immediately get the reference.

Some ladies just have an instinct for game, and know to trust their gut.

Luckily, some guys knew how to up the ante.

Talk about game! This would have any lady weak in the knees.

Some guys did get lucky, though...

...Lucky their girlfriends don't watch that much TV.

This guy managed to send it out of nowhere and still get a positive response.

But he also apparently texts people the word "Breckenridge" a lot, so there seems to be a lot of weird things going on here.

Some dudes doubled down on their lies.

And have now opened themselves up to a plagiarism lawsuit from Sony Pictures Home Entertainment, I assume.

But again, success stories don't seem to be the norm.

Honestly, just assume any woman who has agreed to marry you has done so because she can smell your B.S. from a mile away.

And really, it's such a long poem to type over text.

No rational woman who isn't completely blinded by love would buy this as original work.

And — just as a reminder — some women do watch TV, guys.

So, unless you're a professional comedian, maybe stick to flowers from here on out, okay?