This New, Unusual Pizza Topping Has The Internet Losing Its Collective Mind | 22 Words 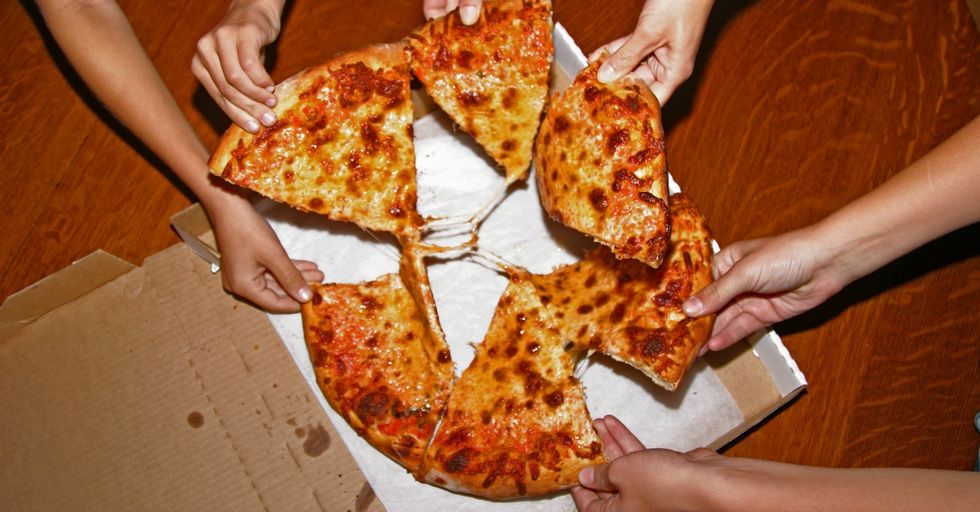 This New, Unusual Pizza Topping Has The Internet Losing Its Collective Mind

On October 29, history was made. It all started when a Twitter user posted an image of a pizza with a topping so shocking it practically broke up the internet. People had some pretty intense feelings about the pic.

Keep reading to see the atrocity masquerading as pizza for yourself.

Let's take a minute to appreciate all that pizza has done for us throughout the years.

Its cheesy, saucy goodness instantly fills you with a profound feeling of bliss, and every gooey bite is somehow better than the last. I mean, just think about it for a second. Have you ever regretted eating pizza? We seriously doubt it.

Looking to bring people together?

Think pizza. It's the one great unifier, and it's been the #1 way to liven up a boring party since the dawn of time. Ever been to a lame party with pizza? No. You have not.

"I'm not really in the mood for pizza," said no one ever.

It's truly the perfect food, and no matter what your favorite topping is, there's a combo out there to satisfy all your greasy junk-food needs. So it makes sense that when inappropriate toppings start popping up on pizzas, people get angry. Really angry.

It all started with the Hawaiian pizza.

Pineapple on a pizza has been a topic of great debate since it was first introduced to the masses. Even British celeb chef Gordon Ramsay has stepped into the ring to ferociously condemn it. But it didn't stop there.

Take the Hot Cheetos pizza, for example. Available at Ameci Pizza Kitchen, a local chain in California, this monstrosity seems like something whipped up at 2 a.m. in a frat house, and it's a poor excuse for the real pizza we know and love. But it's nowhere near as bad as the abomination that's recently been taking Twitter by storm...

No, your eyes don't deceive you.

Those red things are strawberries. On a pizza. We'll give you a moment to process this.

When the people of Twitter saw this, they were, in a word, upset.

"Everyday we stray further from God," one outraged user commented. "This is evil," said another. Clearly, user @MoonEmojii had hit a very raw nerve among the online pizza enthusiast community.

Many threatened to block @MoonEmojii.

"Not on my feed," said one disgusted user. While this may seem like a lot of hullabaloo over a pizza topping, you have to look at the bigger picture.

Today it's strawberries, but tomorrow, it could be something even more repulsive!

Like peanut butter! Or rhubarb! It's just a matter of time before our beloved traditional pizzas become so bastardized that we barely even recognize them anymore.

It wasn't long before users started threatening to get the police involved.

While we're not sure if people were actually calling 911 to report this desecration of pizza (don't do that), we understand the emotion behind the posts. It's hard to see something so precious being treated so horribly.

OK, so maybe things got a bit out of hand.

The original poster seems pretty terrified at this point, so maybe we should all just cool it for a bit. But let this be a lesson to you, @MoonEmojii. You leave pizza alone. Because at this point, if we lose pizza, what else is there?!