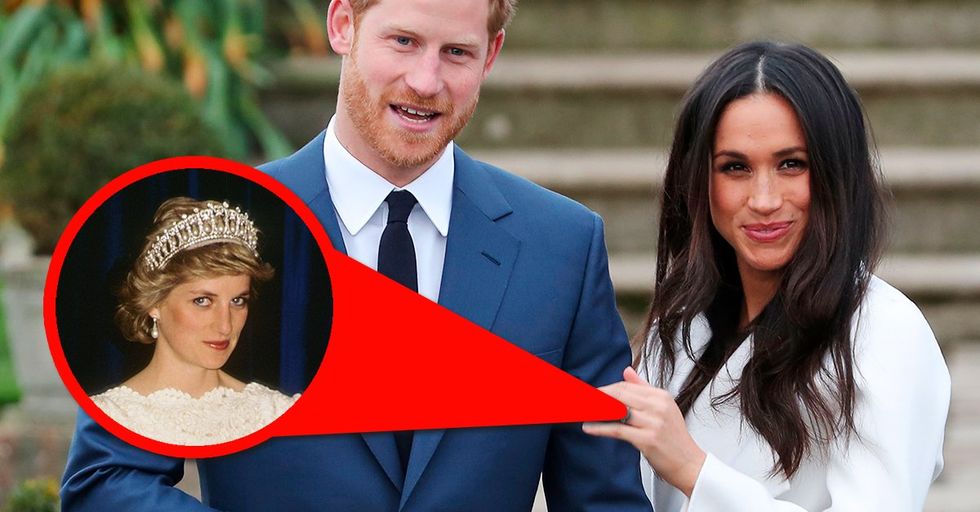 Did you hear the royal news? After much gossip and speculation, Prince Harry and Meghan Markle confirmed their engagement this week!

It was an amazing event, mainly because Markle, a divorcée (as one newspaper snidely noted) also happens to be African American, a fact that made the couple the target of British newspapers once they got together.

Thankfully, the couple rode out the paparazzi wave, and now they're getting hitched.

That's right, there's another royal wedding in the wings!

WATCH: Prince Harry and Meghan Markle make first public appearance since announcing their engagement (and we get a… https://t.co/Ev3VSnZ9aA
— TODAY (@TODAY)1511791710.0

The pair quickly started dating, although they tried to keep their relationship as quiet as possible. Despite this, the international press fixated on the lovebirds, as Markle is the first woman of color to be a serious contender for entry in the royal family, and Harry is, well, a prince.

Paparazzi attention was so extensive and so racially tinged, Prince Harry was forced to put out a statement.

This was an unprecedented move for the royal, but with newspaper headlines such as "Harry's girl is (almost) straight outta Compton: Gang-scarred home of her mother revealed — so will he be dropping by for tea?" something clearly had to be done.

The Prince may have been prompted to defend his ladylove because of the tragic history of his mother, Princess Diana.

Princess Diana was famously hounded by the paparazzi in her day, with breathless photogs slavering to get any and all pictures of her they could. The paparazzi are even blamed for Diana's fatal car accident.

No wonder Harry was concerned. He was just 12 years old when Diana died.

He had to walk behind her coffin, an act he said "no child should be asked to do..." In fact, Harry has always had a deep connection to his mother, and he wanted to make sure she was part of his wedding proceedings.

In an interview posted to social media, Harry spoke about how his mother would have felt about Markle.

"They’d be thick as thieves, without question," the prince said. "I think she would be over the moon, jumping up and down, so excited for me. But I think she would have been best friends with Meghan." So cute! But not as cute as the amazing thing Harry did with the engagement ring to ensure that his mother was always a part of his relationship...

That's right, the ring, which Harry designed himself, carries three stones – the large central stone is from Botswana, the place Harry took Markle on a five-day trip just weeks after they started dating, and the two side stones are from Diana's private collection.

Markle talked about how much she loved the history behind the ring during the pair's interview.

"It’s incredibly special to be able to have this, which sort of links where you come from and Botswana, which is important to us, and it’s perfect," Markle said. Harry concurred. "Then we were really by ourselves, which was crucial to me."

The makers of the ring were very pleased.

Cleave and Company, official jewelers to Queen Elizabeth II, made the ring, and the company’s director said in a statement that it was "greatly honored to have been of service." Of course they were!

Yes he is! The man literally put more thought and romance into a freaking engagement ring than most people put into their weddings (okay, that might be an exaggeration, but still, this is how we feel.)

Aren't they though?! There's only one bummer about this whole thing – Meghan won't be a princess since she's not born into the royal family. But to us, she's already Princess Meg!