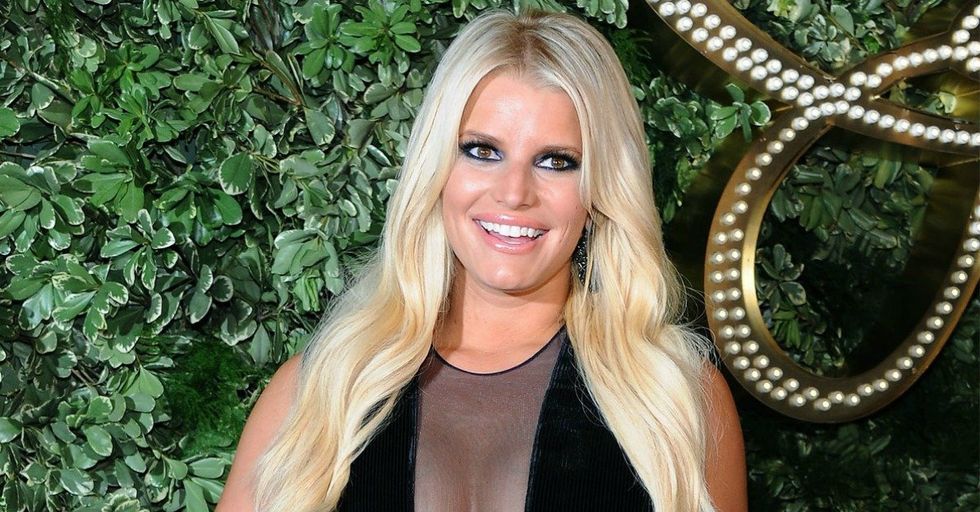 Sigh...I have to be honest and say that I'm glad that I'm not a parent for a couple of reasons. One is that I can't even commit to a hair color for more than six months, so a minimum of eighteen years seems like a pretty big deal.

Second, it seems that no matter what a parent does, someone will always find fault — thank you, social media!

Just ask Jessica Simpson, who is famous for singing, selling high heels, and not knowing the difference between tuna and chicken.

But she's also a proud mama, albeit one on the end of some ridiculous mom-shaming because she (gasp!) posted a picture of her five-year-old daughter Max in a bathing suit running around on her scooter. With a helmet, it should be noted, so at least she didn't get shamed about that. It's a kid. In a bathing suit. She's not doing a spread for Playboy or wearing fishnets and stilettos to go to the local Dairy Queen.

But that didn't stop people from letting Simpson know she was basically throwing poor Max to the wolves.

"Please lock down the pictures like this to only true friends," another commenter suggested. "There are disgusting people out there who would use this picture for bad things. Never post pictures of young girls in bathing suits for the public to see!"

There was also, "I've got 2 words for you: JonBenét Ramsey."

Aren't people great? Thankfully a majority of the comments were more along the lines of, "I see absolutely nothing wrong with this pic.. it's all in the eye of the beholder. I see a little girl in a bathing suit. I'm a nanny and this is totally normal. Little girls wear bikinis all the time. Nothing unusual. And, I'm sure her parents will always make sure she is safe that's why she's wearing a helmet."

"If you say this picture is inappropriate, YOU'RE the problem," chimed in another person with at least an atom of sanity.

Short story made even shorter, she's five years old and already being shamed for what she's wearing. Not to mention the fact that Jessica's parenting was called into question over a picture of a kid in a bathing suit. Yes, there are total creeps out there who would see this in a perverted way, but it's hard to imagine a five-year-old boy in swim trunks eliciting equal amounts of outrage. Let's just let kids be kids.