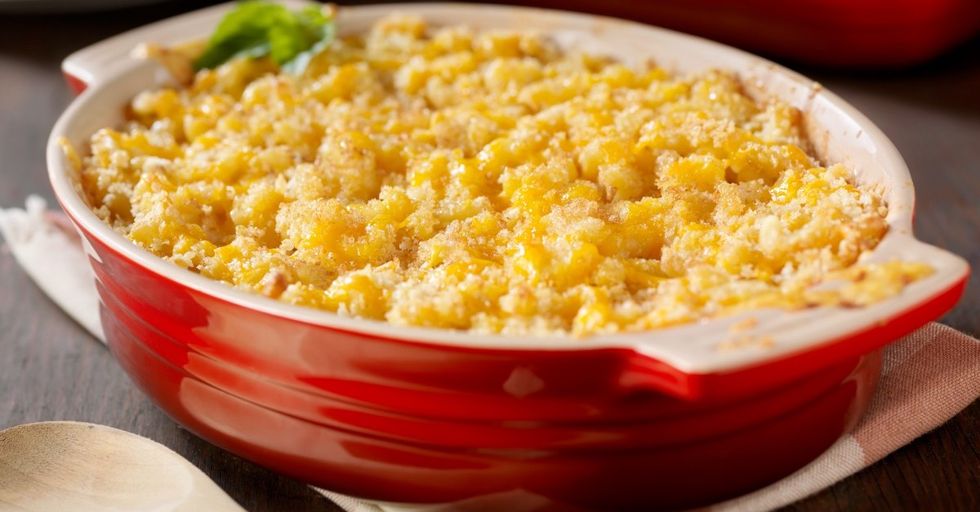 Ah, the office party. That awkward social obligation where we try to mix the unmixable: fun and coworkers. There are several types of office parties, each with its own set of special circumstances to maximize awkwardness and minimize actual fun. The universal terribleness of these gatherings doesn't stop most companies from celebrating birthdays awkwardly with cake and singing, or holidays awkwardly with gift exchanges and forced merriment.

But when it comes to the office party, everyone knows it's all about the food.

Nothing is better than free food at work. When lunch is on them, we're willing to sit through boring trainings with one eye on the cookie tray. However, not all free food is created equal. The worst kind of free office food appears at a potluck. Everyone brings in their "famous" dishes, and we get a glimpse into the private lives of people whose private lives we never wanted to glimpse.

It's bad enough that we're forced to socialize after-hours with our coworkers, but to do it with tepid, mediocre, questionably sanitary food is truly the worst. But we can't avoid these situations, so we make the best of them. At least there's usually alcohol.

We have a few beers and finally relent and try Holly from accounting's "famous" bean dip.

Wait, Holly has how many cats? There are no firm rules about what to bring to a potluck, but there are basic considerations that we all should adhere to. If you volunteer to bring a classic, well-loved dish, you best be sure that you make that dish great. Or, at the very least, make it properly. Some recipes should not be messed with.

When you agree to bring a certain dish to a potluck, you are signing a social contract.

Jan Levinson (@coolstoryjanis) posted this photo to Twitter along with the caption, "Look at the macaroni & cheese my coworker brought to our potluck today. Bruh."

Seriously, what is that? It's just packaged shredded cheese on noodles.

People were understandably upset by this affront.

This is a workplace potluck, and there are codes of conduct here. This mac and cheese is surely breaking some of them. It's outrageously and universally offensive.

Everyone had something to say about this, even Oscar-nominated film director Ava DuVernay.

Apparently, the Twitterverse is serious about mac and cheese. The entire internet was furious. One does not simply sprinkle shredded cheese on some macaroni and call it mac and cheese!

The people are not having it.

Surely this is a fireable offense? I mean, if this person's understanding of mac and cheese is this off, how can they be trusted with important work matters? You just KNOW they "reply all" to group emails.

The outrage was swift and widespread.

How sad is this person's life, though, if that's their mac and cheese? Do they love it the way normal people love normal mac and cheese? What would happen if they were exposed to the real deal? Are they going to pass this "recipe" on to their children?

There is an upside here to this terrible insult to all things delicious.

This office is unlikely to throw another potluck party. But, if it does, this coworker is unlikely to be invited to bring a dish. At the very least, several people will bring back-up mac and cheese next year!