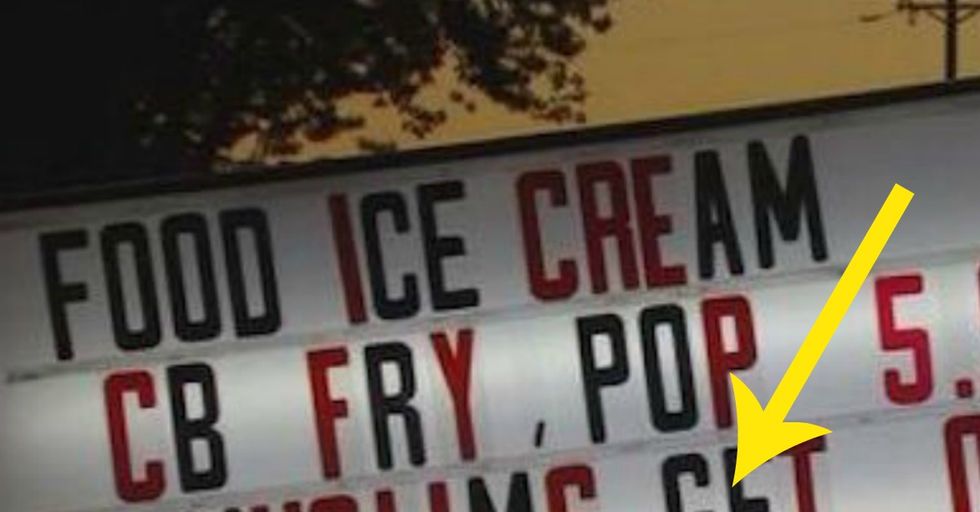 You would think that if a restaurant were as egregious as to lob racist behavior towards its customers that it would pay a price for doing so.

There are enough decent people in the world that a boycott would be in order. If the restaurant didn't feel it from verbal objections, they would maybe feel the sting on their bottom line.

The sign was put up just days after a lethal ISIS-inspired lone wolf stabbing that injured ten people in a shopping mall in Minnesota.

There it is. Plain as day.

I mean, what can you say about this? It's obviously terrible from a humanity standpoint, but you'd also assume that the owner of the joint has a death wish for his restaurant, right? This sort of thing doesn't get taken lightly.

As you might imagine, people found this offensive, but some still also tried to find a little humor in it, playing Devil's advocate.

They joke, but it just shows the absurdity of the reality.

When you see what the other responses were to this brazen, disgusting display, you might just lose a little faith in humanity.
There was so much negativity around the sign that it actually made the local news, where owner Dan Ruedinger claims the sign "is not racist" and blamed the "politically-correct" for taking it the wrong way.

It's hard to believe someone would even suggest there's a gray area here. The message on the sign isn't exactly open to interpretation. I suppose you can never underestimate the ability of some people to twist logic to suit their own needs.

"I didn’t want to put 'terrorist' on the board, so we were going to put 'Muslim extremist,' but we didn’t have room on the board," he said.

"People started taking it the wrong way and thinking we were against Muslims in general and we’re not, quite the opposite," he continued. "We are not racist." OK. Thanks for clearing that up.

The notion of "inclusion" certainly escaped this restaurant owner.

Unfortunately, it didn't work out as one would hope when it came to the backlash surrounding the traffic his restaurant enjoyed.

Police have been called to the scene as violence flared up between the owners of the restaurant and protesters, but others are there because they agree with the sentiment.

Ruedinger said that business has boomed so much in recent days that he had to call in three extra workers this week. Wait...WHAT?

But if the recent Yelp reviews are any indication, that probably won't last for long.

As word spreads, his ONLY customers will be racists, and fortunately for us, their numbers can't support a restaurant over the long haul. A short-term spike in business is disheartening, but certainly not validation.
Ruedinger said he welcomed any and all patrons as long as "they come in here and be nice". Except, you know, Muslims. They can get out.

Common sense says the effect of the boycott will more than outweigh the racist patronage of select few hate-filled diners.

Any spike in business is upsetting, as it reminds us of the backward, terrible values some people have, but love wins. Sometimes it just takes a minute, unfortunately.