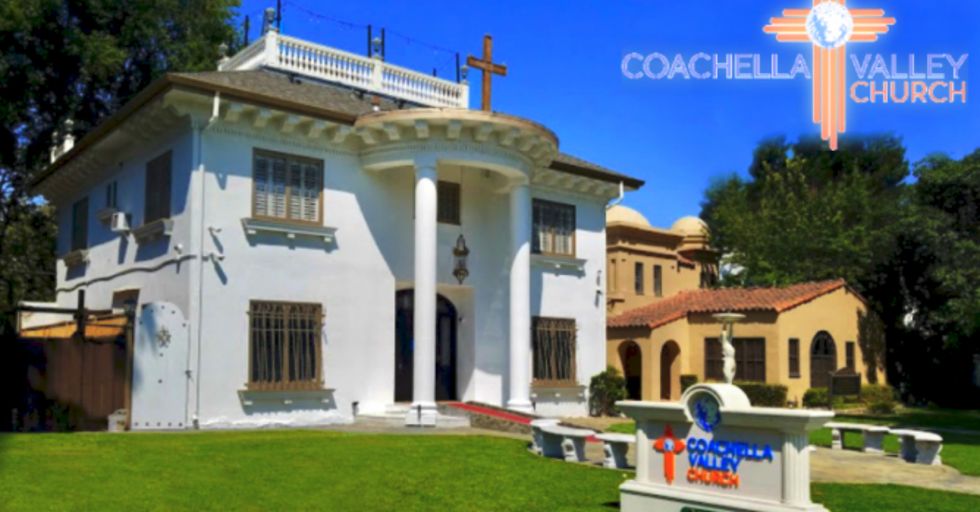 San Jose is cracking down on churches who have been accused of selling cannabis in Northern California. It is legal to sell weed if you're a marijuana dispensary, but you need to have the proper permits. So far, two churches have faced allegations of selling pot.

Perhaps the strangest part of this all is one of the promotional videos for Coachella Valley Church, which features a Jesus-like figure smoking pot from a bong.

This story is pretty bizarre.

The Coachella Valley Church and the Oklevueha Native American Church have both faced criticism from city officials. They would seem like normal churches from the outside, but when you look closer into the statements on their websites, marijuana use is mentioned more than you would you expect. We would expect that weed is mentioned zero times on a church website.

The Oklevueha Native American Church, or ONAC, lists marijuana as one of the natural plant medicines on its website.

Other plant medicines listed are peyote, cedar, san pedro, sage, tobacco, ayahuasca, and psilocybin. The ONAC website goes into depth about the benefits of these drugs related to spiritual practices. It's not illegal for church members to use marijuana. It is illegal for churches to sell it to their congregations, though, if they don't have the proper permits.

A source reported that a closure injunction was issued to ONAC south bay on November 20.

The Coachella Valley Church has not received any legal penalties yet, but local officials are looking into it. They have an injunction planned within the next ten days.

Coachella Valley Church says that it is a Rastafarian church.

Their website prominently features marijuana on the Spirituality page. They wrote: "Herb (cannabis) is a Godly creation from the beginning of the world. It is known as the weed of wisdom, angel's food, the tree of life and even the "Wicked Old Ganja Tree". Its purpose in creation is as a fiery sacrifice to be offered to our Redeemer during obligations. Ganja has been used as food for mankind, and as a medicinal cure for diverse diseases since the beginning of mankind. Ganja is not for commerce; it was raised up as the only liberator of the people, and the only peacemaker among the entire generation. Ganja is the sacramental rights of every man worldwide."

According to ABC7 News, a woman was able to sign up to be a member and immediately buy marijuana.

She said that she bought two bottles of cannabis sativa. She said that it cost $100 for a quarter of the stuff. All you need to sign up to the church and buy marijuana is $10, a photo ID, and 18 years of age.

Then you can walk in, show your ID, and walk to the back of the place of worship to buy weed.

According to ABC7 News, when members arrive they are greeted by a receptionist who checks their IDs. Then they're ushered towards the pews, where a video of a sermon is playing. Sebastian Grey, a volunteer at Coachella Valley Church, told them, "We're a church."

"Whatever their followers want to smoke, that's not the issue...It's the distribution and sale coming from the dispensary the church issue that just doesn't fly." Dispensaries have special taxes and rules applied to them, which allow them to sell marijuana legally. There can currently only be 16 dispensaries in San Jose, and they have to pay ten percent of their gross sales back in taxes.

Is this really an ad for a church? Really?! REALLY?! It looks more like someone trying to get around paying dispensary taxes to us. If they're actually a church, they have a very... let's just say, creative marketing team. According to Newsweek, the churches responded and said that the government is trying to interfere with religion.