In a statement to Mississippi newspaper, the Sun Herald, the Vice President of the school board, Kenny Holloway, said that the book had made people uncomfortable. | 22 Words 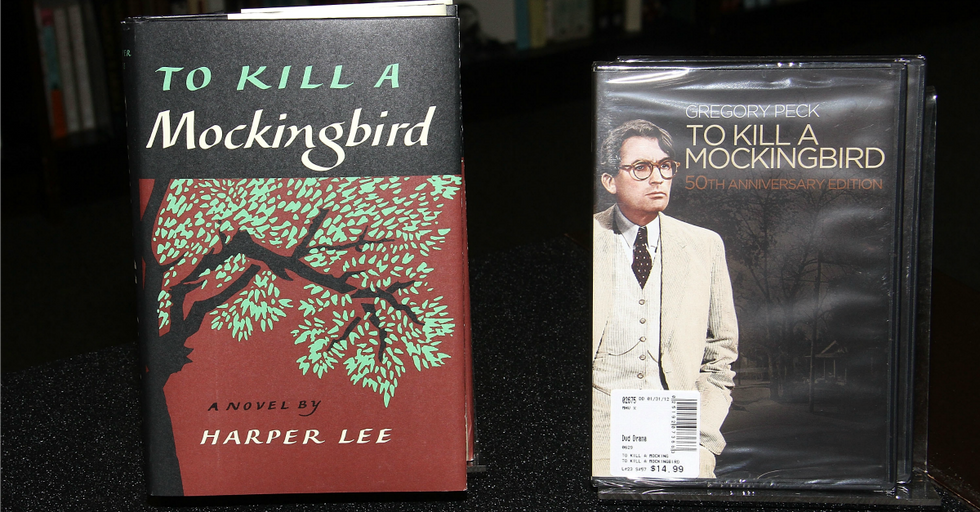 This School District Banned 'To Kill a Mockingbird,' Proving They Completely Missed the Point of the Book

If you're like us, you remember reading Harper Lee's To Kill A Mockingbird and feeling uncomfortable – very uncomfortable. The Southern Gothic classic uses the N-word at least twenty times and focuses on a white lawyer who defends a falsely-accused black man from a charge of rape.

Between the racism and the graphic depictions of rape and sexuality, the entire book is geared towards making you squirm. That is the point. To Kill A Mockingbird is meant to make you uncomfortable so that you can think about racial injustice and prejudice.

Someone, apparently, didn't get this message, because the town of Biloxi, Mississippi has banned the book from its eighth grade reading list.

In a statement to Mississippi newspaper, the Sun Herald, the Vice President of the school board, Kenny Holloway, said that the book had made people uncomfortable.

“There is some language in the book that makes people uncomfortable, and we can teach the same lesson with other books," he stated. “It’s still in our library. But they’re going to use another book in the eighth-grade course."

By "some language," he means the N-word, which again... is the point.

Instead of banning the book, the school board could have taken the opportunity to have open dialogue about it. Just a thought.

One concerned reader sent a letter to the Sun Herald. It read, “I think it is one of the most disturbing examples of censorship I have ever heard, in that the themes in the story humanize all people regardless of their social status, education level, intellect, and of course, race. It would be difficult to find a time when it was more relevant than in days like these."
Exactly.

This is not the only time To Kill A Mockingbird has been banned, however.

In the 57 years since the book has been published, it has been banned several times, and is number 21 on The Top 100 Banned/Challenged books. It's doing much better than Harry Potter, however, which has soared to number one since its 1997 release.