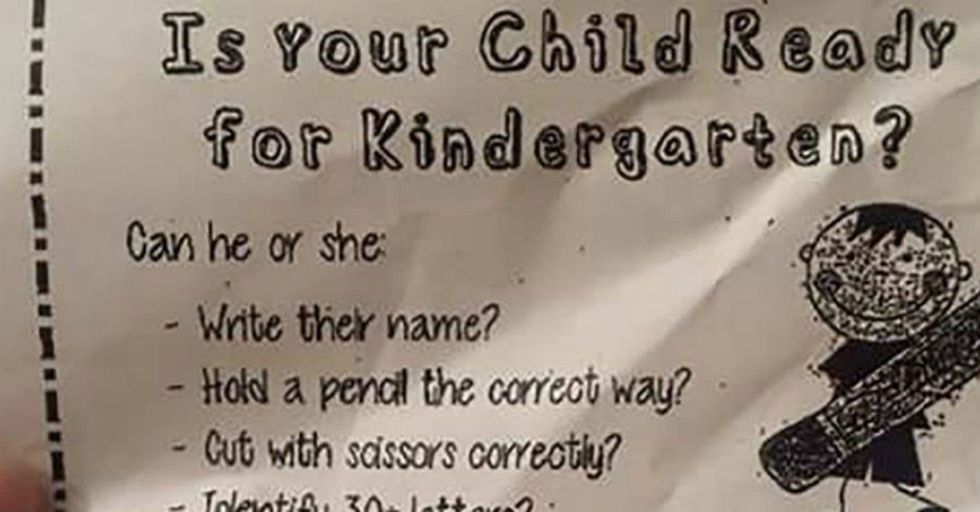 This School Has Some RIDICULOUS Standards For their Kindergarteners...Or Do They?

It's been a long time since I've been in kindergarten, but from what I can remember, there wasn't really a rigorous schedule and we learned about things like sharing and letters and naps.

But I guess standards have changed, as one mom from Chattanooga, Tennessee, posted an image of a newspaper ad along with the caption "I have failed to prepare my son for kindergarten."

Commenters were quick to bring to light a little number confusion.

Then another mom weighed in, agreeing with the poster.

In fact, most people agreed with her.

Then a teacher weighed in with the other perspective.

So what do you think? Is this expecting too much or have the standards simply been raised? Also, how many letters are there in the alphabet?