This Simple but Momentous Good Deed Earned a Homeless Hero More Than $300,000 | 22 Words 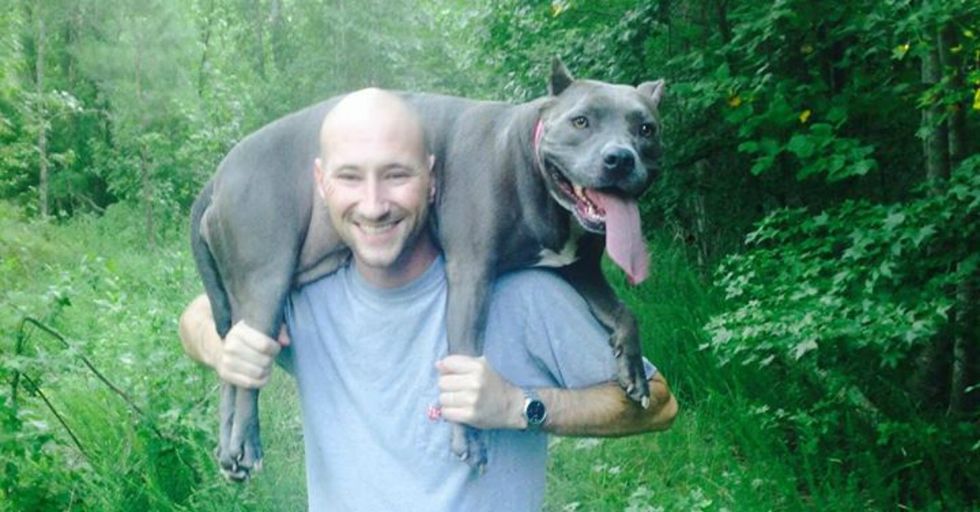 This Simple but Momentous Good Deed Earned a Homeless Hero More Than $300,000

If there's one certainty in life, it's that planning it all out is impossible. Sure, we do our best to anticipate different tricky situations and map out the dos and don'ts, should they arise. But a lot of times, just when we think we have everything under control, life rips the rug out from underneath us.

Sometimes those difficult or inconvenient circumstances end up pulling other people into our orbit as well.

Kate McClure is a woman whose own unpleasant experience connected her to an even worse one a complete stranger was going through. But through mutual acts of selflessness, both Kate and her rescuer found that, often, it's the kindness of our fellow humans that pulls us through the worst of times.

For human beings, life is a giant, unwritten story.

We can sit around and debate about the meaning of life all day, but most of us agree that it's made up largely of unknowns. None of us can see the future, so we're forced to live in the moment, making the best of things and enjoying the time we have with family, friends, and co-workers. Worry is like a rocking chair, they say. It gives us something to do, but gets us nowhere.

Still, we try to plan for those situations when things go awry.

Because life is such a mystery in so many ways, the only thing we're completely certain of is that there is no certainty. So we do our best to minimize risk and plan as much as possible for unforeseen circumstances. Setting up 401Ks, buying insurance, and stocking up on groceries all give us a bit of mental peace that, at least to some degree, we can get a head start on some things.

But the problem with planning is, sometimes, it gives only us the illusion of control.

Occasionally, we get so caught up in mapping out all the different aspects of our life, it gives a us a sense of control where there isn't one. It's those times that life seems to creep up behind us and less-than-ideal situations rear their heads. Suddenly, we're having to recalculate our plans and cope with things we'd rather not.

Ultimately, it all comes down to how we respond to bad luck.

Unpleasant situations eventually find all of us, making it less of a question of "if" than "when?" So the most important thing we can do, when faced with a tricky or terrible circumstance, is learn to deal with it as rationally and bravely as possible. The less we panic and the more we try and weather the storm with our chin up, the better off things tend to go.

However, we can only weather so much by ourselves.

While it's true that our attitudes and bravery in awful situations are important, the other half of forging through bad times is having good people to lean on. No person is meant to be an island, and being surrounded by friends, family, or even helpful strangers can make all the difference in the world.

One young Pennsylvania woman recently found this out firsthand.

Kate McClure was definitely facing a worst-case scenario when traveling one night. While driving solo, her car began failing and soon she was coasting to a stop, out of gas. It was after 11 p.m. and, not knowing what else to do, she quickly called her boyfriend to come get her off the road and out of the dark. Of the ordeal, she says, “My heart was beating out of my chest. I didn’t know what the heck to do."

A kind stranger stepped in to help.

McClure's level head helped her not to go into a panic on the side of the road, but it was the kindness of a stranger that changed the trajectory of the whole night. While McClure sat waiting, a homeless man, Johnny Bobbitt Jr., emerged from the dark. His usual hangout was the guardrail on the side of the road, and he'd seen the broken-down driver and wanted to help.

He took a chance and so did she.

Bobbitt told McClure to sit in her car, lock the doors, and wait until he got back. After which, he hurriedly made his way to a nearby gas station and, using the last $20 he had to his name, bought gas to get McClure's car going again. He brought back a full can and helped get McClure back on the road. With no cash on her, she promised to pay Bobbitt back, and he took her at her word.

The good deed then took an even better turn.

McClure made good on her promise, driving back the next day with her boyfriend, Mark D'Amico, to pay Bobbitt back. From there, a friendship bloomed. The couple began to ask questions and learned that, while Bobbitt had once been thriving as an EMT, "a few bad decisions" had landed him where he was. Bobbitt had goals to get out of his situation, but with nothing and no one to turn to, his options didn't look great.

The couple was moved to do something.

Hearing Bobbitt's story compelled McClure and D'Amico to help in any way they could. In addition to going out and buying toiletries, food, and socks, the kind couple decided that the best way to help get their homeless friend back on track was to start a GoFundMe account. Bobbitt had disclosed to the couple that he had aspirations to move and go find work in an Amazon warehouse, so giving him a monetary cushion to pursue that path seemed like the perfect plan.

Since, this little bit of caring has paid off big time.

McClure and D'Amico's instincts were right on the money, so to speak. As it turns out, people were more than excited to help Bobbitt and put him on the road to success. Currently, the fundraiser has passed the $300K mark and keeps rising. Now that Bobbitt has the financial support he needs, combined with his kind heart and positive spirit, the chances he'll go far have increased tenfold. He's one person who proves that, if we reach out to lend a hand to our neighbor in dark times, good things are bound to happen.