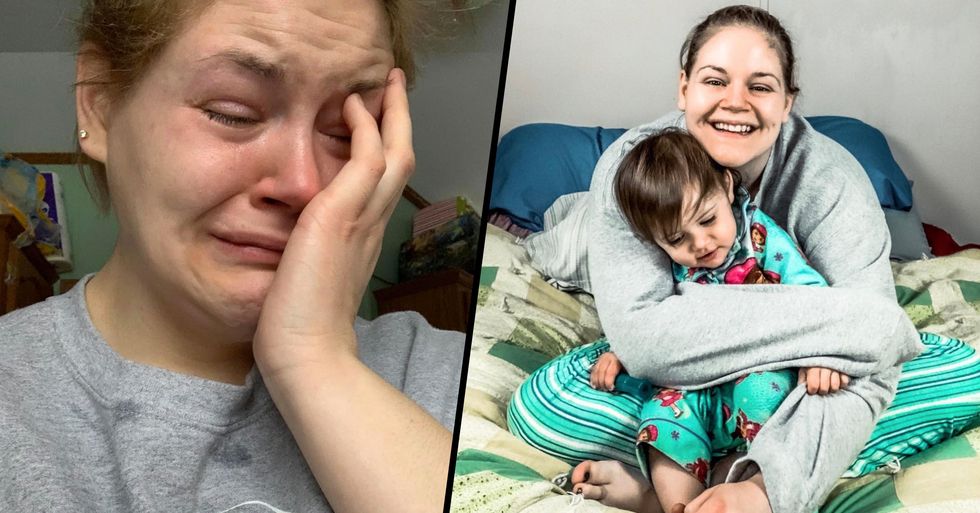 The selfless work of stay-at-home parents often goes unrecognized and unrewarded, with many under the impression that it's an easy feat.

One stay-at-home mom has penned a heartbreaking Facebook post and its been resonating with many other full-time parents.

Parents put up with a lot.

While our kids can bring us a lot of joy - starting a family also comes with its stresses.

Being a stay-at-home parent is a full-time job.

It's not just about feeding and bathing, being a stay-at-home parent requires giving the child your undivided attention.

As your kid grows up, a parent is required to take on different roles as you navigate life alongside them. You no longer have to cut up their food into little bits but you do stick up for them against the mean kids in school. No-one messes with your kid.

The resume of a stay-at-home parent is extensive.

It doesn't matter how old your kid gets...

They'll always need you looking out for them.

Being a stay-at-home parent is no easy feat.

And one woman has showcased this reality in a heartbreaking Facebook post this week. Keep scrolling to take a look.

Stay at home mom, Bridgette Anne, had some home truths to reveal.

And its really tugged on the internet's heartstrings.

So much so, that her post has now gone viral.

Anyone who thinks it's easy to be a stay-at-home mom should definitely give it a read...

She posted the gut-wrenching message along with a snap of herself at near breaking point.

"Everyone thinks being a stay-at-home mom full-time is easy—that we are lucky to be able to not have to work, that we are lazy, that it’s not 'real' work so we have nothing to complain about," she began her post. "But the truth is ... it’s f*****g lonely and overwhelming."

She then goes on to describe aspects of being a full-time mom many people don't know about.

"You can’t do anything by yourself; go to the bathroom, enjoy a cup of coffee, read," she describes. But it's not just about going to the bathroom alone. "Hell, you can’t even scrub the s**t out of pants for the third time in a day without someone crying or screaming at your leg. It's bigger than not being able to go pee without a kid trying to nurse or wanting to sit in your lap, though. It's the constant touching, even while you're doing something as unpleasant and nasty as cleaning up from a diaper blowout—multiple times a day."

"You wear the same clothes that smell like sweat and tears for days at a time because it’s already stained and no use in ruining more clothes." "Tears and sweat and milk and probably someone else's urine, but as soon as you change clothes it just happens all over again, day in and day out, so what's the point?"

She highlights the harsh reality of being a full-time mom.

"You lock yourself in the bathroom and scream into a towel while crying because you need a second to breathe; all while a child is banging on the door to get in," she writes. "Let that sink in, most of us don’t even have the luxury to cry and be frustrated in peace."

She then goes on to describe the biggest struggle she faces...

"And that one is a biggie that most people who've never experienced it just don't get. You're never, ever alone. If you work outside the home and you get frustrated or upset, you can expect at least a modicum of privacy to get yourself together. If you stay home though? Nope. No privacy." She added: "And not just for going to the bathroom, or trying to have discreet sex late at night with your partner. There's no privacy when you feel like you're about to explode. No privacy when the tears course down your cheeks and your sweet toddler touches your face and asks, "Wass wong, mama?"

The post has been resonating with other stay-at-home parents...

Many have been sharing their own experiences and thanking Brigette for sharing hers.

This is a huge wake-up call for those who think it's easy to be a stay-at-home parent. Want more parenting news? Keep scrolling to find out about the bizarre thing a daycare wrote on a child...