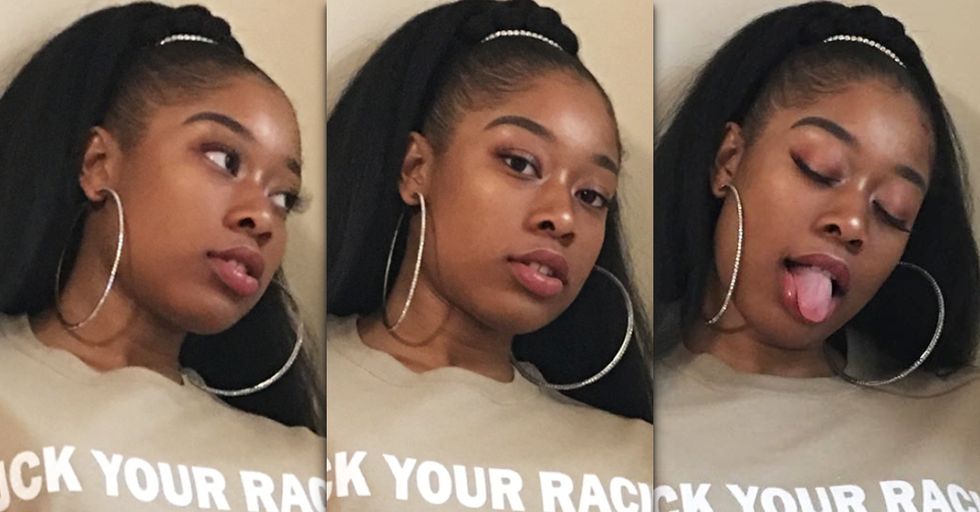 Nothing screams "holiday spirit" like family members with wildly different views of life literally screaming at each other across the dinner table over the Christmas ham while Mariah Carey sings and bells jingle in the background.

This year, clothing company Splendid Rain Co., which was started by New Jersey student Olatiwa Karade, has released a line of blunt, politically charged crewneck sweatshirts that are sure to shut Grandma and her off-color comments up. They're amazing.

Karade's sweatshirts are the perfect way to let people know where you stand this holiday season.

They are of the time, sparked by relevant conversations about race, history, and relationships. The current climate is such that you definitely need one of these sweatshirts because when you wear one, things are sure to get chilly (in the best way possible).

Karade told HuffPost that it was the 2016 presidential election that inspired her to create this line.

Surprise surprise. But it wasn't just Donald Trump who kickstarted her inspired line of sweatshirts. “I was heavily supporting Bernie Sanders, and I think a lot of people weren’t talking about the other side of racism and hate we were seeing, a lot of which was coming from a lot of liberal people on the Bernie side," she told HuffPost. “Whenever he would come out and talk about Sandra Bland, or talk about anyone who was a victim of police brutality, of racism, of prejudice, his following would really go on their ‘all lives matter’ tirade. I just felt extremely excluded and felt like I didn’t have a voice when it came to race relations."

Karade was also in a romantic relationship in which she was confronted with racism and prejudice from her partner's family.

"I had to realize that it’s human to be upset about something that was upsetting, and I had a right to feel anger," she told HuffPost.

She wanted to use that anger productively instead of just wallowing in it. Good on her.

In addition to politically charged statements that are sure to get a rise out of your most racist uncle, some of her sweatshirts also state facts:

Of course, these are facts that some ignorant people tend to get wrong when they're spouting their problematic views. Perhaps the very best sweatshirt in Karade's collection is a blunt message for your less-than-tolerant Gran...

"F*** your racist grandma," it says in big block lettering.

And to that, we say, "F*** YES!" It's time to stop making excuses for people who have backward views, including your beloved dear old granny.

And if Gran-Gran can't learn to change her tune, it's time to...

That's right. People who are racist or homophobic or in any other way intolerant do not deserve a seat at your table if they are unwilling to learn and change their views for the better.

"They're very important to me and are honestly my thoughts. They are in my head. This is what I think when people talk to me and I'm like, 'What are you saying?'" We are right there with you, girl. This universality is what makes this clothing line connect so well with people.

"We have this generation of people who are like, ‘Oh, yeah, my grandparents lived through three separate revolutions but they’re old and sweet," Karade said. "And I’m like 'OK, but they also vote.'"

"We have to be honest about the people in our lives and who we need to educate. You can love your grandma, I’m not saying don’t love her, but you also need to be saying, ‘You know, grandma, black people are human.’ That’s an important thing to say to her." Totally.

Karade told HuffPost that her friends and family are very supportive of her efforts.

The sweatshirts seem to really connect with people on a personal level. Plus, you won't be able to resist the look on Grandma's face when you tell her and her dumb views to "f*** off." That candy cane's going to fall right out of her mouth.