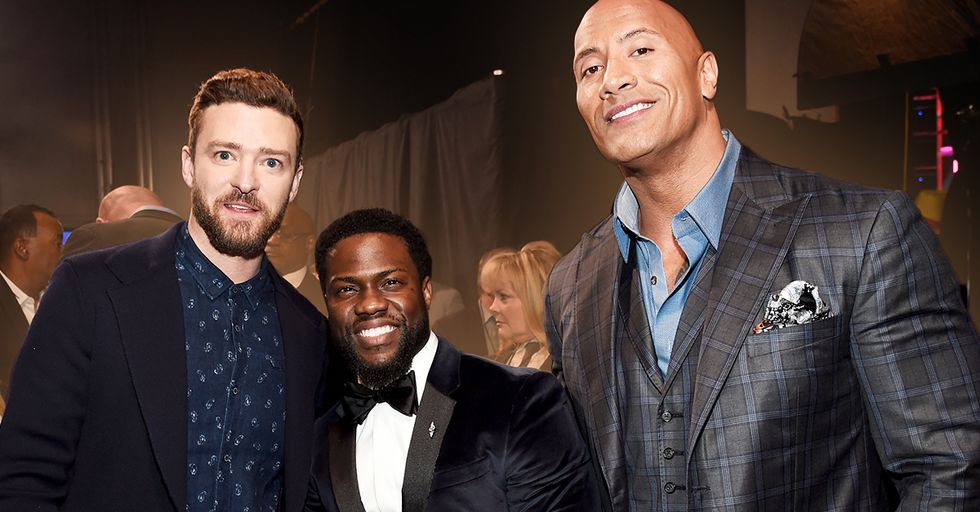 There is a long history of celebrities becoming politicians. Remember when the Terminator himself, Arnold Schwarzenegger, became the "governator?" How about Ronald Reagan, who left Warner Brothers (the studio with which he had a seven year contract) for the hallowed halls of the White House?

And, of course, let us not forget Donald Trump, President incumbent of the United States of America.

Before he was the President Donald Trump was a reality TV star, and his show, The Apprentice, was a ratings success geared towards making real businesspeople of its subjects.
In addition to his forays into the high-stakes world of televised corporate mentorship, Trump also had numerous public appearances, including a few on the World Wrestling Entertainment.
Remember, for instance, 2007, the year of the “Battle of the Billionaires?" It was Trump versus the WWE's Vince McMahon, although neither men actually fought. Instead, they had proxies fight in their stead.
Trump won the match and McMahon allowed his head to be shaved live on air, as befitting the "loser" of the fated Battle Royale. Trump loves to reference his association with the WWE, especially when he tweeted a video that appeared to show him wrestling CNN to the ground in early July 2017.
Now, it seems, another celebrity is stepping into the ring. The people's champion, Dwayne Johnson, also known as The Rock is seriously considering a bid for the Presidency of the United States.
On Tuesday, Johnson told Ellen Degeneres, "I’m seriously considering it, yes." Johnson is a registered independent, so it's not clear what party he would run under (although, as a rule, independents typically don't make much headway in elections).
Still, Johnson already has one fan supporting his bid. Jumanji co-star Kevin Hart said that he was enthusiastic about the Rock's candidacy... unless, of course, money was involved – financial support being a deal breaker for the comedy star.
"If he were to put himself in that position, he would get my support whole-heartedly," Hart said. "I know where his heart is. I really know him. So I know if he puts himself in that position, it’s for the better of the people. I can only applaud him and support him for doing that."
Hart then implied that he would be a great running mate. "Would you want me on your team? Would you want me to do something?" he asked. "There's a lot I can do." But Johnson had a quick and humorous rebuttal for that. "There's a lot you shouldn't do," he quipped.
But perhaps Johnson should take this advice himself. As Jeremy Gordon of Spin notes,

The Rock’s deficiencies are obvious. His opinions on an array of topics from health care to Israel remain unknown; he wouldn’t even endorse a candidate in the most important election of all-time, when the choices were between a boring neoliberal and a moron with a penchant for authoritarianism.

So while the theory of the Rock as the next great President of our times is great, maybe we should hold our horses – you know, wait a little, so that we can consider a candidate with a strong command of the issues.
In this day and age, politics is no idle matter, and while we love the Rock as much as the next person (and we do undoubtedly LURRVE the Rock), we'd rather not rush into things without examining all the issues first.
Still, we can definitely dream about a Rock Presidency... as, apparently, does the rest of America. A Public Policy Poll released in May examined what would happen if Johnson ran against Trump in 2020. The Rock CRUSHED Trump 42 to 37 percent.
We can't help but wonder what the poll would be like now, after all the varied and many scandals the President has engulfed himself in the past few months. Just saying...