This Surprising Hero Sent a Private Plane to Puerto Rico to Rescue Cancer Patients — Hint: It Wasn't the President | 22 Words 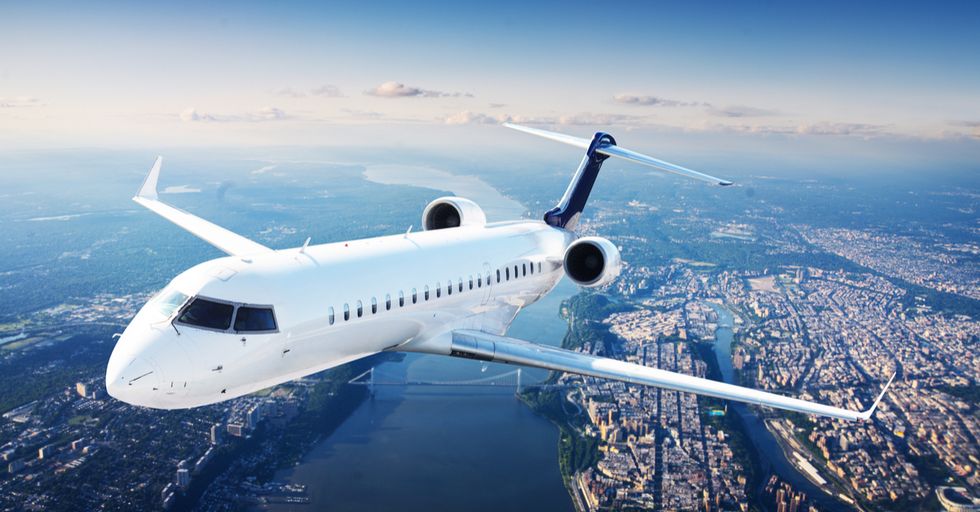 This Surprising Hero Sent a Private Plane to Puerto Rico to Rescue Cancer Patients — Hint: It Wasn't the President

Puerto Rico has gone through a lot in the past couple of weeks. The tiny Caribbean island was buffeted by both Hurricane Irma and Maria, leading to widespread damage and pushing the island's 3.4 million residents to the brink. The island's infrastructure is massively damaged, and 97 percent of residents remain without electricity.

Not everyone is ignoring Puerto Rico's plight. An unexpected hero has emerged to help the island's most vulnerable citizens.

It all started with Hurricane Irma.

On Thursday September 7, Hurricane Irma, the most powerful Atlantic hurricane in recorded history, swept past Puerto Rico, knocking out power for more than one million of the island's residents. In the prior day, it had carved a swathe through the rest of the Caribbean, killing 12 people and rendering the tiny island of Barbuda uninhabitable.

Granted, nine people were dead, and nearly 50,000 were without potable water, but generators were still working and more than 40 of the island's hospitals were still operating. "Puerto Rico escaped. It could have been far worse, they really escaped the brunt," President Trump remarked later that day.

Less than two weeks later, another hurricane was headed Puerto Rico's way, and this time, it was a direct hit. On Wednesday September 20, Hurricane Maria made landfall, dumping more than two feet of rain on Puerto Rico.

The storm leveled the island.

Electricity was wiped out. So were communications. The island was without potable water, which meant people didn't have water to drink, wash, or flush toilets. Buildings were leveled. All the island's stray dogs were swept away. The airports were out of commission. So were the ports. Vox put it best: "Hurricane Maria was like a 50-mile-wide tornado that made a direct hit on the island."

Puerto Rico is an American territory, and all its citizens are American citizens, even though they cannot vote in presidential elections. The federal government's painfully slow response to the growing crisis worsened matters. FEMA has been slow in getting to the island and President Trump still has yet to visit, even though it's been more than two weeks since the disaster struck. In comparison, he visited Texas and Florida within two weeks of Hurricanes Harvey and Irma. While government response was floundering, one unlikely hero emerged...

It was time for Mr. Worldwide himself to step in.

In case you don't know who Pitbull is, remember this banger?

I Know You Want Me (Calle Ocho) was a monster hit in 2009, peaking at no. 2 on the Billboard Hot 100. If you don't remember it, try Culo or On The Floor. Since 2004, Mr. 305 aka Mr. Worldwide aka Pitbull has dominated the charts with his Latin-influenced Miami flavor and frequently collaborates with Jennifer Lopez.

We might have never learned of Pitbull's good deed if Puerto Rican congresswoman Jenniffer González had not tweeted about it.

The situation in Puerto Rico is still dire.

An estimated 44 percent of Puerto Ricans are still without water, and have resorted to using rainwater and river water. Electricity still isn't restored, and many buildings have been leveled. Damage is estimated at 30 billion dollars. It will take six months to get the power on and a decade for Puerto Rico to fully recover.

But people are pitching in.

Singer Jennifer Lopez sent a million dollars to Puerto Rico and reunited with her ex-husband Marc Anthony to create SOMOS UNA VOZ, a collective 'of artists working together to rush food, shelter, medicine, power and communications to those in need from the effects of recent natural disasters'. Hamilton star Lin Miranda urged his Twitter followers to donate. Starbucks, Verizon and Google have pledged $1.75 million. Cellphone companies are waiving fees, colleges offering instate tuition and airlines are flying in with supplies.

There are still questions, however.

People want to know why the government is not acting faster. People are in dire straits. The temperature is heating up and there's not enough food and water to go around on the ground. Why aren't supplies being distributed? When Texas and Florida were in crisis, the White House lifted shipping restrictions, but it won't do the same for Puerto Rico, which has Puerto Ricans and lawmakers crying foul.

The White House is restricting officials from visiting Puerto Rico.

The White House has said it is keeping lawmakers from visiting Puerto Rico in order to keep attention on helping the recovery efforts, but people have questions - most pertinently, isn't that what visiting the island is supposed to do?

Most importantly, people are expressing their support with Puerto Rico.