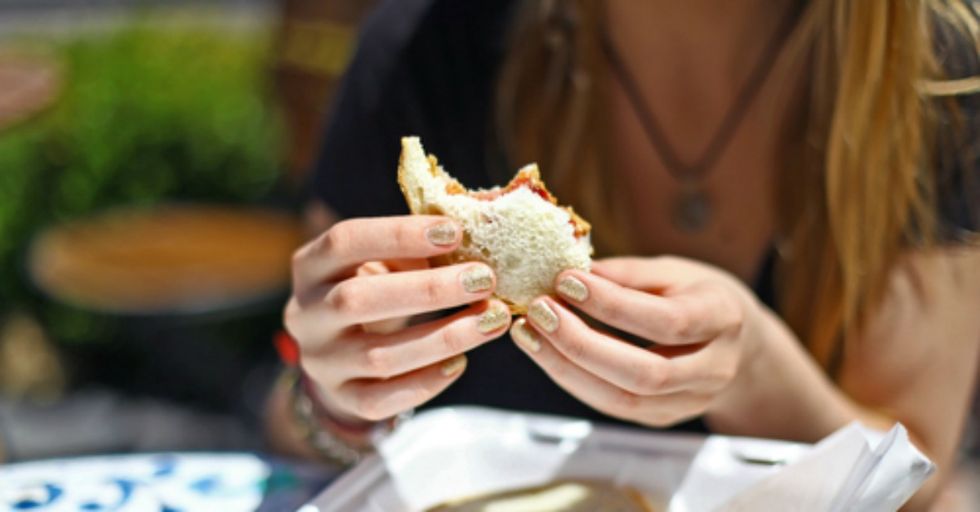 Most people are of the mindset that once a child is in high school, they're fairly capable of making decisions about what to eat — even if they don't always choose the healthiest options.

As we all know, parents don't like when school's substitute their judgment for a family member's.

It's a tricky line to walk, especially since school's are responsible for overseeing children for about a third of their young lives.

One teen, however, who is making what most people would agree are fairly healthy decisions, was shamed by her school for having "too much food" in her lunchbox.

Her mom, who goes by "LemonDrizzleDisco" on Mumsnet, shared that her daughter's high school started screening the students' lunchboxes, and that her child — who is a vegan — was told she's packing too much food. "My daughter's secondary school has started checking all the packed lunches," she wrote. "I know lots of secondary school students eat sweets and chocolate, etc. on the way to school, but surely at that age it's their choice."

That sounds invasive enough, but wait until you see what actually led to the shaming of this one girl's eating habits.

It's pretty ridiculous, considering what most kids eat in a given day.

Schools have come under heavy fire for not offering enough healthy alternatives.

Parents are trying their best in some instances to pick up the slack.

Fortunately there are a million resources out there for parents to get their kids the best nutrition possible on a daily basis.

However, it's up to the school to exercise some common sense, which they pretty clearly didn't do, as you'll see. What's wrong with these people?

And what was in this lunch that was deemed "too much" food?

A peanut butter and jelly sandwich on wheat bread, a small banana, strawberries, a few grapes, and less than a handful of dried coconut flakes and raisins.

"The canteen serves things like sausages and mash, cake and custard, sandwiches, and doughnuts, etc," she wrote.

The mom also wrote in a comment that her daughter "got told off for having a few pieces of sliced up avocado because it's 'unhealthy.'" "Am I being unreasonable to think this is unfair?"

Users didn't seem to think so, and sided with mom on this one, sharing their own experiences.

The outrage continues, as you'll see. Parents were NOT happy about this.

The mom shared a comment that would be included in the note she sent:

Where do you come out on this? Is it helpful or hypocritical of the schools to interfere, even with healthy lunches?

So...what do you think? Is there any excuse for this sort of interloping by a school?

Or is it just another instance of administrators with good intentions forgoing common sense to exercise some authority?

Clearly, they don't know the difference between good food and bad food.

Unfortunately, that's one of their roles as they serve lunches to millions of kids every day. Let's hope they learn it.