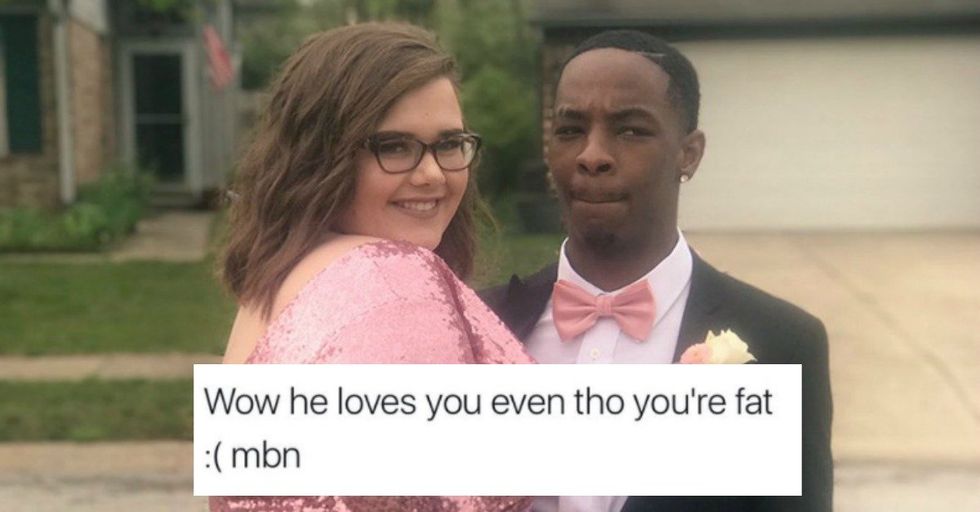 Tre Booker and his girlfriend Madison are one of those publicly sappy couples that you either roll your eyes at (out of jealousy) or audibly go, "aww."

They recently attended their prom, and as you can see, totally slayed the whole thing.

Just like most high school couples, before heading to the dance they stopped to snap a few pictures, which Madison later shared on Twitter.

But the Internet can suck sometimes, and after Madison shared her prom photos, someone fat-shamed her because they apparently have nothing better to do.

Her tweet quickly went viral, and the GOOD people of the Internet stepped in to put that troll in her place back under the bridge.

But the best response came from her boyfriend, as if we couldn't love him more (grammatical error aside).