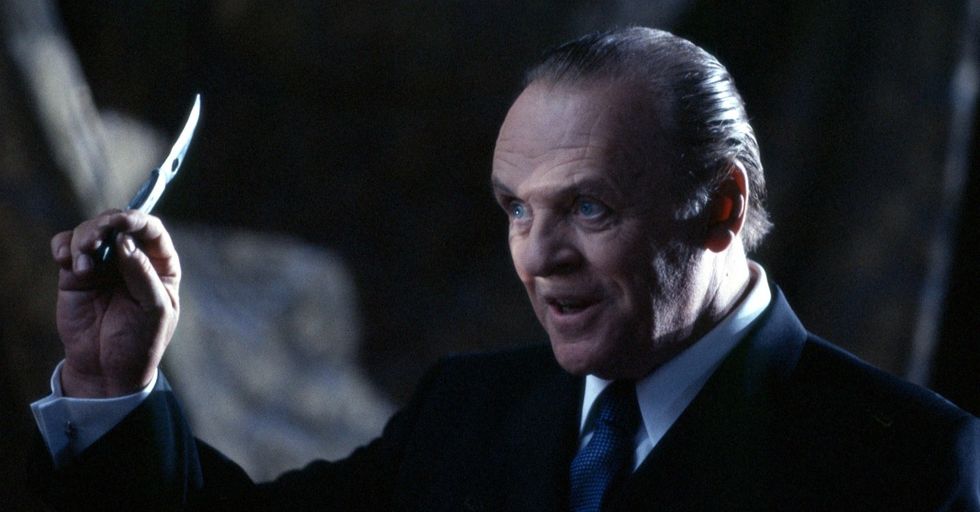 It was a scene straight out of popular horror franchise, Hannibal. A group of road workers discovered a lost cell phone and flipped through the pictures only to stop, horrorified. There, on the screen, was everyone's worst nightmare. Scenes of death and dismemberment, all featuring a local married couple who had been hiding a dark secret for years.

Dmitry Baksheev, 35, met his wife, Natalia Baksheeva, 42, when she took him in as a teenaged orphan.

In interviews with local authorities, Dmitry's foster father said, "It is useless talking to him. His eyes are made of glass... He is looking through your body and does not listen."
Natalia must have found something in him that she liked, because she married him the moment he turned eighteen. The couple lived and worked in Krasnodar, a small Russian city, population 750,000, just five hours from Sochi.

Natalia worked as a nurse at a military academy. She occasionally brought cans of steamed meat to share.

She would offer them to the students at the school. Little did they know that the meat was actually human remains.

Dmitry and Natalia were serial killers — cannibals who had killed and consumed at least 30 people over the last two decades.

A source from the police noted that "The earliest date of their culinary experiment is 28 December 1999." They knew this because Natalia and Dmitry had taken photograph after photograph of their horrific crimes.

They would lure their victims in through dating sites and then sedate and kill them.

Their criteria for choosing victims is not yet clear - they killed both men and women, skinning the corpses and cutting up the meat to save for later. When police raided their home, they found one jar of pickled remains and nineteen slices of skin. As the police source added, "In their home, many mobile phones of their victims were found, and also video lessons on how to cook meals from human meat.

Not satisfied with just killing and eating their victims, Natalia and Dmitry's gruesome gastronomical pursuits took an artistic turn.

The police source describes horrific images: "We can see a cooked human head at the big plate surrounded by mandarins. "They put olives into the eyes and attached a lemon to the nose."

Both killers confessed to the murders.

They were arrested after the tip from the road workers. During a raid of their home, police were horrified to find seven bags of body parts in their home. When police searched nearby, they found the corpse of a red-haired woman - her head was in a bucket and her skin was nearby. Dmitry allegedly confessed to the botched disposal, telling police, "I did a stupid thing." Natalia was examined by a psychiatrist and declared mentally sound.

Authorities are still not sure what made the couple turn into killers.

However, Russia has some of the most gruesome killers in recent history, including the "werewolf of Siberia," former Siberian police officer Mikhail Popkov who confessed to the murder of over 81 people. For now, one thing is certain - people like Hannibal Lecter do exist - and they may be where you least expect them...
20%