This Town Had a Problem With Reckless Drivers, so They Created This Optical Illusion | 22 Words 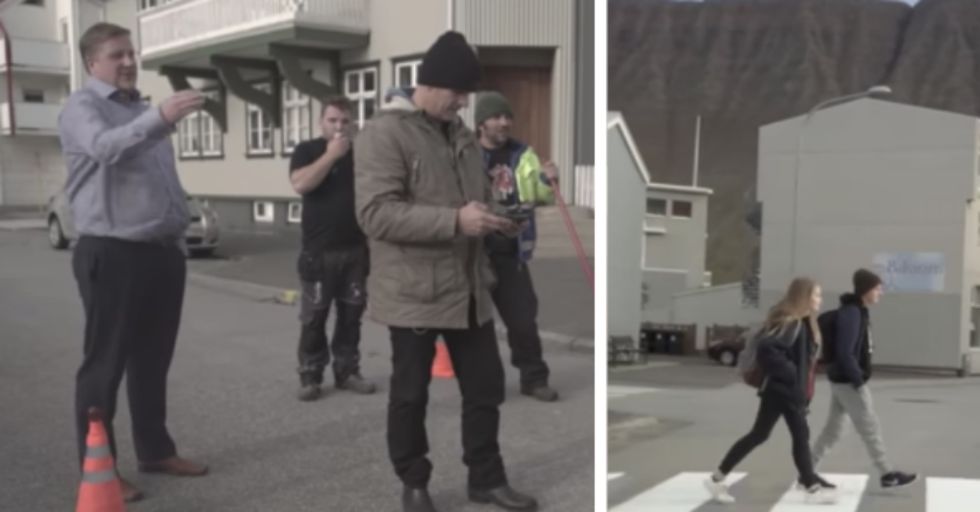 This Town Had a Problem With Reckless Drivers, so They Created This Optical Illusion

We've all had that feeling of getting to work and realizing we have no recollection of driving there. In this day and age, it's easier than ever to become distracted while driving. That's exactly the problem that citizens of the Icelandic town of Ísafjöður tried to combat. Their solution was to create a fascinating optical illusion right in the middle of the road that's sure to grab the attention of drivers.

With the help of a street painting company called Vegmálun GÏH, the town created crosswalk stripes that appear to pop up right out of the ground.

The stripes appear to be three-dimensional from a certain angle, but they are actually just painted on the ground.

This creates the illusion of floating stripes. The idea is that approaching drivers will pay extra close attention to the crosswalk, thereby decreasing the number of accidents that occur at that intersection.

What do you think? Do you wish your town would implement these funky crosswalk stripes?

It'd certainly be fun to pretend you're walking on air! And if they truly encourage drivers to exercise greater caution while driving, all the better! It's not every day that you come across an awesome optical illusion right on the street. Maybe we'll be seeing more clever tricks like this one in the near future.