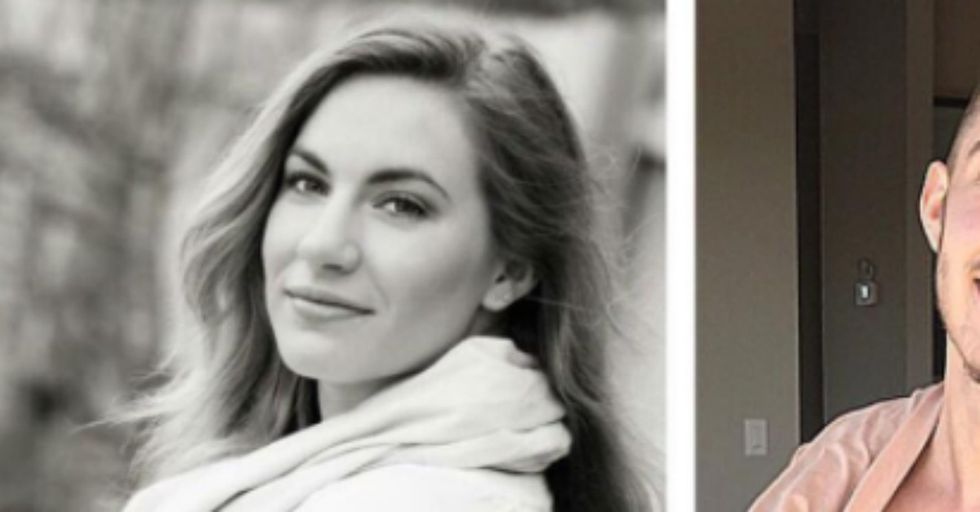 This is Jaimie, a twenty-one-year-old aspiring musician who made the transition from female to male just two years ago.

But the road to coming out as trans hasn't been easy, and he's now sharing his whole story in hopes to help others who may be going through a similar difficult time, and also educate people about what being transgendered really means.

Let's rewind, back to when Jaimie was assigned female at birth, and he grew up as a member of a very conservative family in rural Michigan. He knew back then that he wasn't comfortable living life as a girl.

"I knew from an early age that I felt 'different' but growing up in a religious household I was sheltered — I didn't really know anything about being transgender," Jaimie told Cosmopolitan.com. "I just remember being as young as five and thinking I was going to grow up to be a guy."

At 15, Jaimie had no doubt he was male, but in order to slowly break the news to his parents, he told them he was a lesbian, and his mom's reaction was unexpected, to say the least.

"My mom actually said to me 'I don't care if you like girls but why do you have to dress like a man?'," Jaimie recalled. "It really wasn't about my sexual orientation ... rather the way I wanted to present myself." This was obviously not the answer he wanted to hear before coming out as trans.

His family dynamic only got worse from there - a couple years later, he cut his hair short and his parents and three brothers "made life so unbearable". So much so that he was forced to move out of his own home. But thanks to an LGBT friend, he was able to find a safe shelter and stayed with them until he graduated high school.

"I was not welcome back home ... I was banned from going there because of what people might think," Jaimie explained. "They have tried to come around since but at this time I don't have a relationship with my family."

Jaimie believes the extreme reaction to his new masculine look was because he had spent his whole life fitting into the female stereotype.

"Everyone in my town knew me as this beautiful country girl," he said. "When I started transitioning, people couldn't believe it ... they thought I was having a mental breakdown or something. People thought I was a freak."

A few months later, he watched a documentary about Cher's son Chaz Bono and his transition from female to male. Jaimie was inspired by Chaz's story took action on making the physical transition to becoming the gender he's always identified with.

Unbeknownst to his family, Jaimie began meeting with doctors at the Howard Brown Health Center in Chicago, where he received his first testosterone shot. Both Jaimie and his mom, who only found out about the medical transition by keeping tabs on his social media accounts, were eager to mend their frayed relationship, but nothing seemed to work. "We tried counseling to help," Jaime explained, "but she insisted we go to a biblical counselor, so obviously that didn't last long."

While his family may not be behind his decision, Jaimie has forged relationships within the LGBT community, specifically through social media, where he has been openly posting pictures of his transition.

"The images gave me hope that I could physically change my features, and an understanding of how much testosterone can change someone."

Despite having this new platform to show his true self, he's still received criticism from some members of the Trans community who accuse him of being "too masculine" and "binary", and many people are shocked when they find out he is Trans.

"People say that I'm trying too hard to be like a cisgendered male," referring to a person whose identity and gender corresponds with their birth sex.

After all he's been through, Jaimie's overall message to everyone is that not all Trans journeys are the same, and we shouldn't treat them all as such.

"People need to stop comparing results. I'm not trying to act like anything I'm not. This is just me," he insisted. "I want people to see it doesn't matter what someone looks like. If someone has the guts to tell you 'I'm transgender' [or] 'I'm gay' [or] 'I'm bisexual,' anything like that, please believe them and be there for them because stereotypes need to be broken."