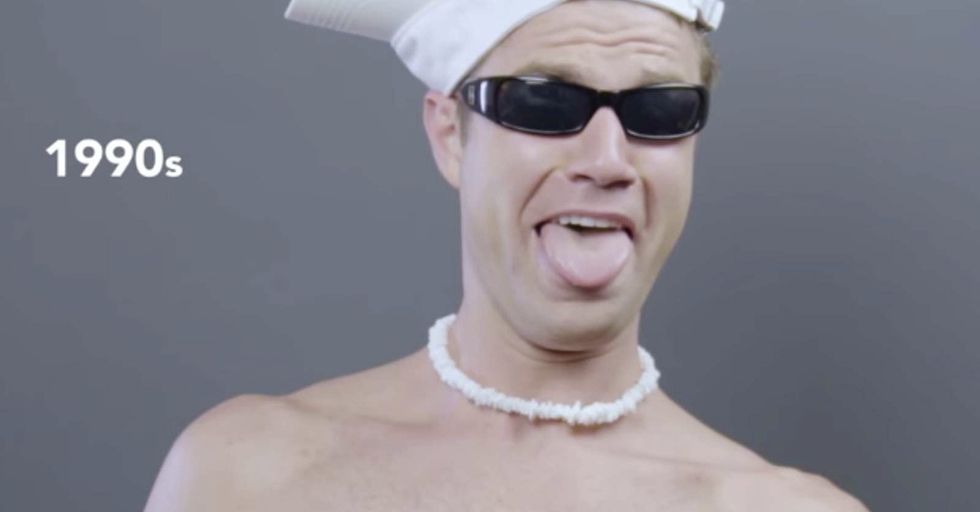 This Video Shows the Evolution of D-Bag Fashion Trends, Decade-By-Decade

You know the type. The goofy "too cool for school" guys who try to make a statement with their clothes...

...only to realize that countless others are making the exact same statement as well. They're douchebags, d-bags, or whatever else you want to call them. You might think it's a recent phenomenon, but it turns out that they've been around for a long time...they've just been dressing differently. Check out the evolution of the d-bag wardrobe.

Here, you've got the Fonzy look, complete with comb. I never thought of Fonzy as a d-bag, but not...yeah.

Here we've got more of a greaser, James Dean look. As you can see, it's pretty easy to confuse the '50s and '60s into one big ball of leather jackets, surly looks, and cigarettes.

Yup. The mullet, mustache, and rocker look are in full effect this decade. The only thing missing is a Trans-Am.

Man, I don't remember anyone being this goofy, but I will object to the lack of frosted tips in this representation.

It might be less faux-macho than earlier iterations, but the man-bun says a lot about a dude before they even open their mouth.