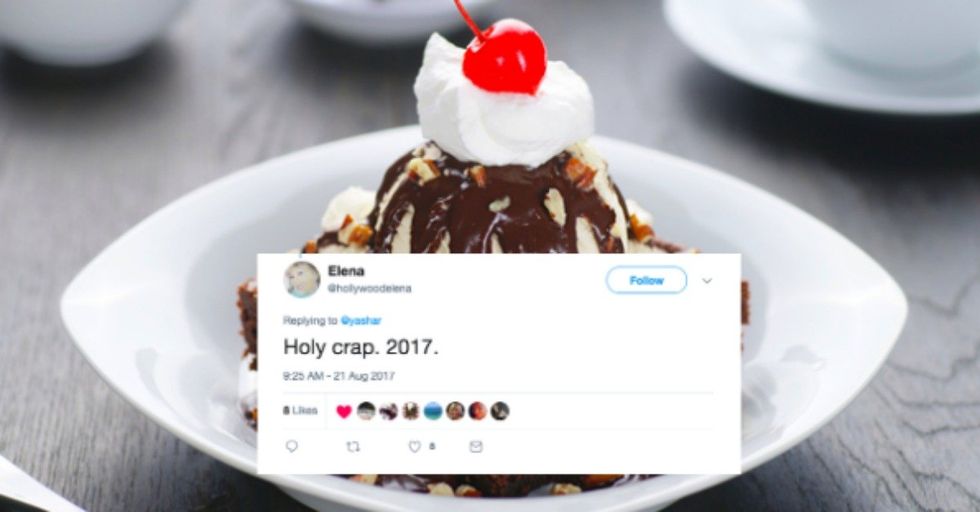 The Prime Rib in Washington, D.C. is supposedly ranked as one of the top five most romantic restaurants in America.

But it wasn't so romantic for one couple when they tried to order dessert.

The waiter serving them refused to give them one ice cream sundae with two spoons, and the reason why will infuriate you beyond belief.

Ron Gage and his partner Henry McKinnon went out for a nice dinner at The Prime Rib.

This is a reservation-and-blazer-required kind of place. The couple made a reservation for 8:30 on the night of Thursday, August 17 at the upscale joint, The Washington Post reported.

They were having a wonderful evening.

But then it all went downhill when they tried to order dessert. Dessert is supposed to be the best part of a meal, but oh boy did the waiter ruin it.

"When it came time for dessert, we asked for one sundae with two spoons," Gage told The Washington Post.

But the server refused. Instead, he "said he would bring it in two separate dishes. He said, 'It wouldn't look right with two gentlemen eating out of the same sundae. It doesn't go with the ambiance of the restaurant."

The waiter refused to let a gay couple share dessert because it didn't "go with the ambiance of the restaurant." Insane.

The waiter's response is beyond appalling.

And understandably, Gage and McKinnon didn't know how to react. "We were speechless, we nodded," Gage told The Washington Post. "We weren't expecting it." The couple tipped the waiter 15 percent instead of their usual 20 (which is still incredibly generous considering the circumstances) and left the restaurant. A day later, still upset about the encounter, they posted about it on Facebook and Yelp.

The Prime Rib's general manager said the server's first language isn't English, as if that accounts for the awful treatment.

"I am not sure if he got confused as to what he was saying, or how he was saying it, James MacLeod, the manager, told The Washington Post. The waiter seemed pretty clear about what he meant: that two men sharing dessert in a restaurant in is unacceptable on some level.

When the story was shared on Twitter, people were quick to express their dismay.

Let's spell it out. There. Is. Nothing. Wrong. Two. Men. Sharing. Dessert.

What year is this?

It doesn't matter what the intentions of the waiter were. What happened to this couple is awful.

This may be a joke, but it's more relevant than ever.

The current political climate is such that bigots feel like they have a voice and a right to persecute those who aren't like them.

This Twitter user suggested the gay couples of D.C. take a stand.

Sounds like a tasty rally. But in all seriousness, this issue is about so much more than dessert.

Much more damaging than the image of two men sharing dessert is the hate sparked by the action of this server.

MacLeod, the restaurant's manager, said he planned to reach out to the couple. "I cannot believe that a waiter would have ever said anything like that," he said. "There's no way we would condone anything remotely like this."

One can only hope that Gage and McKinnon get the apology they deserve.

"It was so humiliating," McKinnon said. "It was unbelievable how it made us feel." It's not about not being able to share dessert. It's so much bigger than that. We must allow people of all sexual orientations and genders and colors and abilities to feel safe in public spaces. It's simply non-negotiable.