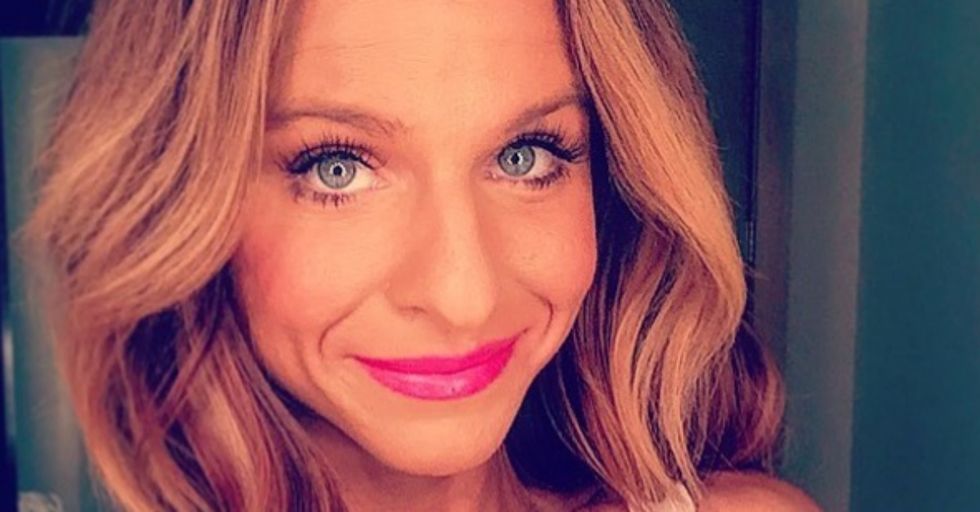 We all know it's hard to find something to wear at formal occasions.

During such big events, it's not just about what you want to wear, but what's appropriate. That can be a really hard line to draw for most people.

You also want to wear something that's deemed in good taste.

You might have to ask yourself, "Is this family religious?"

Or wonder if they're particularly conservative when it comes to matters of showing off a little skin. If they are, you might want to cover up a bit more. As we mentioned, it can turn into a real guessing game.

You also, definitely, want to avoid anything that might be seen as trying to upstage the bride on her big day.

As much as a person might value individuality and attention in their wardrobe, they should usually opt to blend in a little more than usual if that's their approach.

So even under the best of circumstances, it's trying.

Now imagine trying your best and still getting bullied and shamed (by grown adults!) for how you decided to dress. It's hard not to take that personally. It's a reflection on you, which can sting.

Meet thirty-two-year-old fitness instructor Liz Krueger, who works out hard to stay in shape and often likes to show that shape off.

She chose to wear a form-fitting mini dress to attend a summer wedding, and let's just say that all heck broke loose. What came next was a series of events that took her from being slut-shamed to starting a kindness movement that overtook social media.

How sexy was it?

Was it tight? See-through? Was it something that looked a little too risque for any sort of wedding ceremony? Well, why don't you take a look and see for yourself?

Krueger said that because of what she was wearing, wedding guests ganged up against her, mocked her appearance, and even slapped her ass and spilled beer on her.

She captioned this photo: "If only I knew that choosing this dress for a wedding on a 90 degree day meant so many women would be outrightly rude to me, and even come up behind me slap my ass as I'm standing alone. As quote 'it was a dare from her friends, bc I was a target.' And then proceed to spill a full beer down my arm. Just one of maaaaany acts of kindness of the night! Yup. That happened. Good thing for thick skin, being able to laugh at things and not take it personally, and good friends/hubby by my side."

So not only did she get shamed, but she got sexually harrassed (bordering on assault).

It's clear she never envisioned this type of response when she picked out her outfit for the event. Regardless of what you think of her dress, we can all agree that this sort of degrading treatment is just terrible.

According to Krueger, she didn’t wear the dress to the church ceremony, and some guests attended the affair in jeans and baseball caps.

“It wasn’t like I was attending a black tie affair in this dress," she told US Weekly. “I have pretty good common sense in that way!" She could have fought back with catty words or heck, took of the heels and pearls to throw down.

But instead she fought back with #KruegerKindness, a movement that encourages women to support each other — no matter what they're wearing.

“I’m going to actively make it a priority to do good things for other women, every single day from here on out," she Instagrammed. “If you want to join me in this movement, share your stories on social media with #KruegerKindness and let's kill all the mean girls with kindness." The response? “People have been saying, ‘I’m in!’ and ‘I love this!'" she said.

Of course, not everyone was on board.

To be honest, I think the dress was a bit much for a wedding, even just the reception, but I'm also writing this while wearing a T-shirt and gym shorts. Krueger said she would wear the dress to another wedding, but would have to know the audience. “This wedding I accompanied a friend to, so I didn’t know any of the guests personally," she said. “I’ve been to so many weddings in my adult life and worn so many different styles of dresses." What do you think about this?

Fortunately, most who decided to participate in the hashtag were supportive, as one would hope.

They accompanied their photos with encouraging words, which was the whole point of the effort. It might not be much, but if it makes women, especially Liz, feel better about hostile experiences, then it's an effort well-spent.

The hashtag serves as a reminder that all of us are in these things together.

An assault or poor treatment of one person, regardless of who it is, serves to endanger all of us. It can threaten our happiness or even our sense of well-being.

So while Liz's treatment at the wedding was nothing to celebrate, her response is.

For that matter, so is the response of everyone else who has chimed in to lift her up. It's a wedding. It's a celebration. People shouldn't be petty and at each other's throats. Thanks, Liz, for reminding us of that fact.