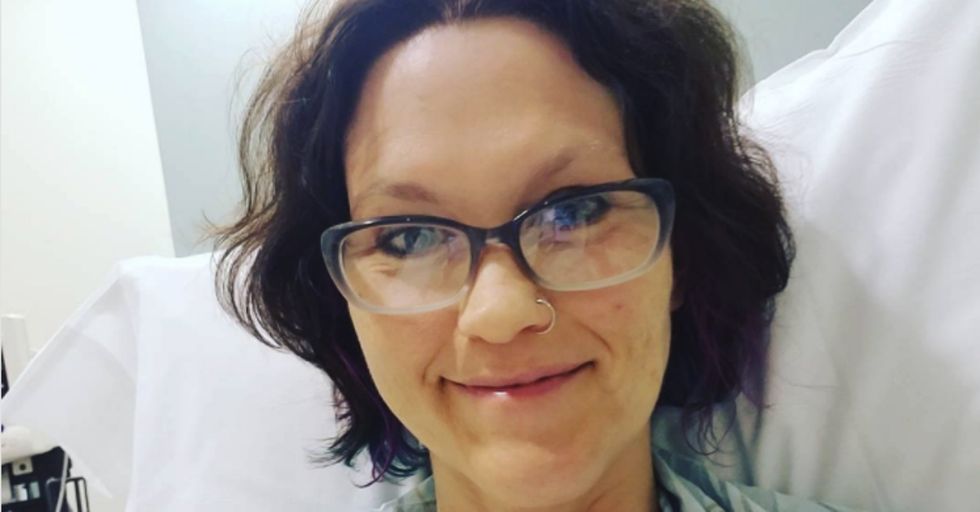 This Wonder-Woman Tattoo Has an Incredibly Unique Back Story

Imagine knowing that you're at a high risk of breast cancer. What would you do?

This exact dilemma faced 42-year-old Stephanie Kelly. The mother of four had suspected for years that she was at risk for breast cancer. After all, her mother had it twice. When she tested positive for the BRCA1 gene mutation, which carries a high breast cancer risk, Kelly didn't panic. Instead, she got herself a double mastectomy.

“With the family history and just my general luck about things, I’d always expected breast cancer to play some role in my life," Kelly said in an interview with People magazine.

“The genetic counselor joked that she’d never had someone be so calm and matter-of-fact about positive results before," Kelly continued. Then again, she had a reason to be calm. She had a very strong role model – Wonder Woman.

Kelly had been a fan of the divine superhero since day one.

I have always loved Wonder Woman," Kelly said. "I began to joke that I was going to be like Wonder Woman and be strong and unfazed by the things I needed to do that scared me." So once her scars healed, there was only one thing to do - get herself to tattoo artist, Jamie Epsy at Lovely Monkey in Whitmore Lake, Michigan.

Kelly already had an idea for the perfect design. It was the phoenix imagery on Wonder Woman's costume, which she felt could serve almost like a protective shield across her chest.

After all, Kelly was sad about losing her breasts, which had been her favorite body part. She'd loved the way they looked, and they helped her feed her children. The phoenix, she decided, would be a symbol of her rebirth. “Along with Wonder Woman, I was also drawn to images of the phoenix and how the bird reconstructs itself from the ashes of its former body," she said.

It would also help her feel better about her body, which she had never felt confident about.

Kelly suffers from a digestive illness called gastroparesis, which causes the stomach to empty slowly. She also has fibromyalgia, a disease that causes chronic pain and fatigue. "With my other health issues, I’d never really been very confident of my body," Kelly said. “But now, I already don’t fit the mold of what the world expects, so there is a sense of freedom that comes with that. But then on top of this, I have this image of strength, power and fearlessness across my chest and that continues to build me up. I see my scars now as entirely positive." You go, girl.