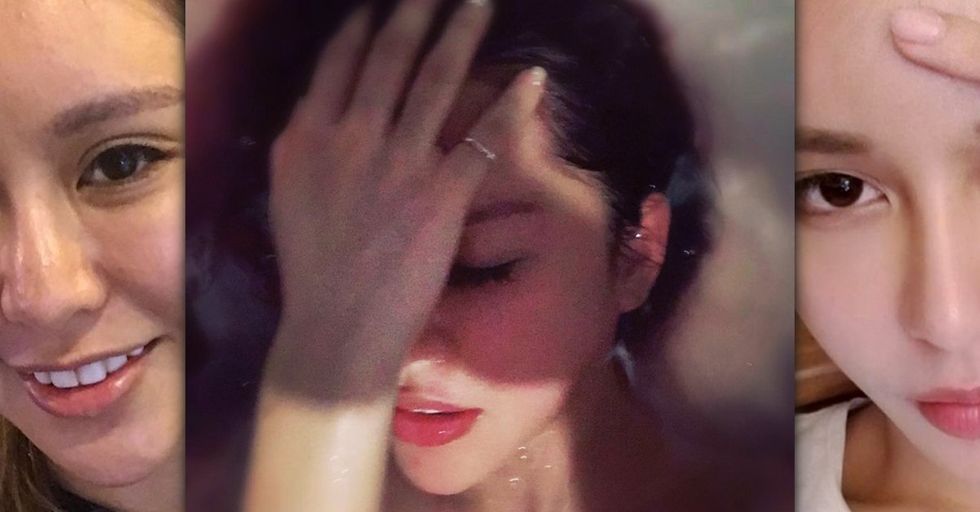 How many times have you had a significant make you feel like you didn't matter – that you weren't pretty enough, smart enough, thin enough... This kinds of criticism can cause great emotional and psychological harm, and for good reason. As April Masini, a New York based relationship and etiquette expert and author explains:

When criticism is really just about preferring meat cooked well done, not rare — and not about a global criticism like, 'You're the worst cook I've ever met' — it's harmless. But when a partner uses criticism as a tool to maintain a power dynamic, there's abuse underfoot. Stinging, chronic criticism can be abusive if the point of the comments are to make the person feel bad about themselves and to manipulate them that way.

This is the dilemma that Berry Ng faced. When she was in her late teens, the Hong Kong-based YouTube influencer, now 22, began getting pressure from her boyfriend to change her look.
Her boyfriend, who was nine years older, admired supermodels and often compared her to them – a huge red flag of emotional abuse. As The Atlantic explains, "The abuser uses manipulation, criticism, and fear to control the partner."
Jeffrey A. Lieberman, the director of the New York State Psychiatric Institute, agrees, further stating that subject of the abuse doesn't leave because, "their self-esteem is so limited that they feel they couldn’t find another [significant other] or that they deserve it."
Berry, for instance, didn't resist when her boyfriend "encouraged" her to get her first procedure at a salon offering student packages when she was just 17 years old. Instead, she spent spent $137 on three injections, and would later go on to spend another $2,929 on cosmetic procedures, most of which she did when she was 21.
She detailed this in a 2015 video posted to her YouTube channel. Berry says that she did nearly 30 procedures on her lips, chin, cheeks, forehead and nose, hoping that her boyfriend would find her prettier than the other girls he compared her to.
"At that moment, if he had stopped me and told me that I was beautiful enough, I would have stopped, but he didn't," Berry said. Instead her boyfriend turned to criticizing her breasts.
Whenever he watched porn and saw models with big breasts, Berry said, "he would shout 'How big! How great'." Berry says she then went under the knife to augment herself, hoping that this would finally please him, but he wasn't pleased. In fact, he told her that he hadn't even asked her to get the surgery.
Berry only realized how far she had gone when her mother visited her during her recovery. Her mother broke down crying when she saw how much Berry had changed. That was when she finally understood the gravity of what she'd done to herself.
Berry broke up with her boyfriend, and now uses her YouTube channel as a platform to educate other girls about the dangers of plastic surgery. She insists that she wasn't a "a surgery monster and fever addicted on plastic surgery." Instead, she says, she just wanted to please her significant other.
Asked if she preferred her new look or her original face, Berry said she would definitely prefer her old face, and that she wished she could go back to it. So what's Berry's message for young fans?
"I just want to make more people know that we are all good from [when] we [are] born. I am telling you to 'be your self' [and] 'live a life you remember.' I am telling...everyone you are amazing," she said on Instagram.
Berry also says that she's not afraid of the awful comments people will post because it's not as bad as it is lying on a cold metal bed and wearing nothing as.. the doctor us[es] a pen and... mark[s] on your body."
In the end, Berry seems to have come to some peace with her new looks. As she says, "I may have a very fake face, but I have a truer heart than most."